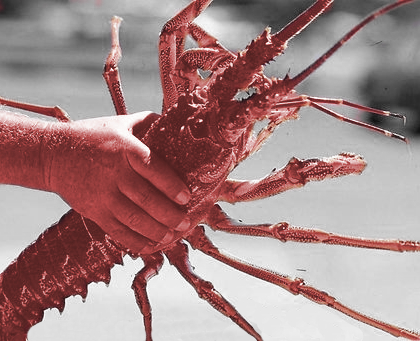 The humble lobster may hold the key to making concrete stronger.

Researchers at RMIT University have mimicked the spiral patterns on a lobster’s shell to improve the overall durability of the 3D printed concrete, as well as enabling the strength to be precisely directed for structural support where needed.

When the team combined the twisting patterns with a specialised concrete mix enhanced with steel fibres, the resulting material was stronger than traditionally-made concrete. Their paper is accessible here.

Lead researcher Dr Jonathan Tran says 3D printing and additive manufacturing are opening up opportunities in construction for boosting both efficiency and creativity.

A 3D concrete printer builds houses or makes structural components by depositing the material layer-by-layer, unlike the traditional approach of casting concrete in a mould.

With the latest technology, a house can be 3D printed in just 24 hours for about half the cost. Construction on the world's first 3D printed community began in 2019 in Mexico.

“As lobster shells are naturally strong and naturally curved, we know this could help us deliver stronger concrete shapes like arches and flowing or twisted structures,” Dr Tran said.

“This work is in early stages so we need further research to test how the concrete performs on a wider range of parameters, but our initial experimental results show we are on the right track.”

Further studies will be supported through a new large-scale mobile concrete 3D printer recently acquired by RMIT – making it the first research institution in the southern hemisphere to commission a machine of this kind.

The 5×5m robotic printer will be used by the team to research the 3D printing of houses, buildings and large structural components.