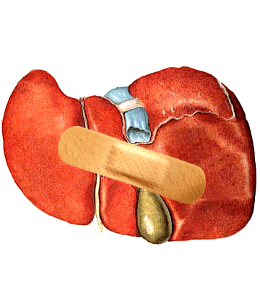 Researchers have developed a method to turn skin cells into mature, fully functioning liver cells, that flourish after being transplanted into laboratory animals with liver failure.

Incredible advances in recent years mean scientists can transform skin cells into cells that closely resemble heart cells, pancreas cells and even neurons, but the ability to generate fully mature and functioning cells has remained out of reach – until now.

A team from the University of California (UC) says the liver cells they have generated continued to live and serve their function in mice, which had been modified to exhibit liver failure.

The breakthrough offers new hope for millions of people suffering from, or at risk of developing, liver failure. At present, the only option is an extremely expensive and hard-to-source liver transplant, but stem cell developments may now have provided a new option.

“Earlier studies tried to reprogram skin cells back into a pluripotent, stem cell-like state in order to then grow liver cells,” explains Dr Sheng Ding Ding, one of the senior authors of a new paper published in the journal Nature.

Dr Ding is also a professor of pharmaceutical chemistry at UC, with has been working in collaboration with the independent and non-profit biomedical research Gladstone Institutes. .

“However, generating these so-called induced pluripotent stem cells, or iPS cells, and then transforming them into liver cells wasn't always resulting in complete transformation. So we thought that, rather than taking these skin cells all the way back to a pluripotent, stem cell-like state, perhaps we could take them to an intermediate phase.”

“Instead of taking the skin cells back to the beginning, we took them only part way, creating endoderm-like cells,” added fellow researcher and lead author Saiyong Zhu, PhD.

“This step allowed us to generate a large reservoir of cells that could more readily be coaxed into becoming liver cells.”

Following this, the researchers stumbled upon a set of genes and compounds that transform the cells into functioning liver cells. After just a few weeks, the transformation was visible.

“The cells began to take on the shape of liver cells, and even started to perform regular liver-cell functions,” said Dr Milad Rezvani, another of the paper's lead authors.

“They weren't fully mature cells yet—but they were on their way.”

Encouraged by the initial results in a petri dish, the researchers wanted to see what would happen in an actual liver.

They transplanted the early-stage cells into the livers of mice. Over a period of nine months, the team monitored cell function and growth by measuring levels of liver-specific proteins and genes.

Two months after the transplant the team noticed a boost in human liver protein levels in the mice, an indication that the transplanted cells were becoming mature, functional liver cells. After nine months, cell growth had shown no signs of slowing down.

The team says their results indicate they have found the factors required to successfully regenerate liver tissue.

Many questions remain, but the fact that the cells grow to full mature and for months after the transplant is considered extremely promising.