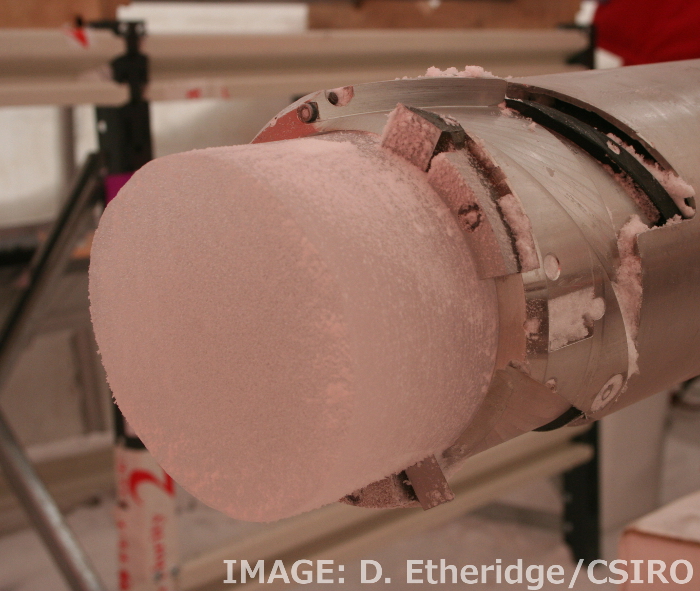 A paper published today in Nature Geoscience has verified and quantified the relationship between the Earth’s climate and carbon cycle, which had been strongly speculated but never directly shown.

About half of the carbon dioxide (CO2) emitted by human activities since 1850 has been taken out of the atmosphere by the land biosphere and the ocean.

How these sinks will behave in the future has been a significant source of uncertainty in climate projections.

The paper compiled by Dr Mauro Rubino of CSIRO and colleagues at the University of Melbourne and the Seconda Universita di Napoli has revealed that the Earth’s land biosphere takes up less carbon in a warmer climate.

“Until now it has only been assumed that as the Earth’s surface warms the ability of land-based plants to store carbon is reduced,” co-author Dr David Etheridge said.

“In this study we were able to quantify the relationship.

“Reduced storage of carbon by the biosphere leads to higher atmospheric CO2.

“This increases the Earth’s surface temperature, which leads to even less carbon stored by the biosphere, causing a positive feedback,” Dr Etheridge said.

“The very high detail preserved in Law Dome ice cores has been a key to unlocking this information,” Dr Mark Curran, co-author from the Australian Antarctic Division said.

The study focused on CO2 changes preserved in ice before, during, and after a naturally-cool period known as the Little Ice Age (1500 to 1750 AD).

This period is well suited to focus specifically on the relationship between CO2 and temperature, because it occurred just before the growth of industry and agriculture affected CO2 concentrations and the deposition of pollutants and nutrients.

“Changes in the carbon-13 isotope ratio, which is a signature of carbon from land plants, show that the CO2 changes during the Little Ice Age originated from the land biosphere,” Dr Etheridge said.

This confirmed that the CO2 changes can be related to variations in land surface temperature, which are known from paleoclimate proxies such as tree rings.

The study shows that for every degree celsius of global temperature rise, the equivalent of 20 parts per million less CO2 is stored by the land biosphere.

“How plants and soils respond to warming is one of the big unknowns in climate projections so it's great for modellers to have some independent numbers to compare against rather than just comparing models with each other," paper co-author Dr Peter Rayner from the University of Melbourne said.

“This finding, and feedback quantification, will need to be taken into account for models of the Earth system to project future climates under various scenarios of human greenhouse gas emissions, such as the Australian Community Climate and Earth System Simulator (ACCESS),” Dr Etheridge said.