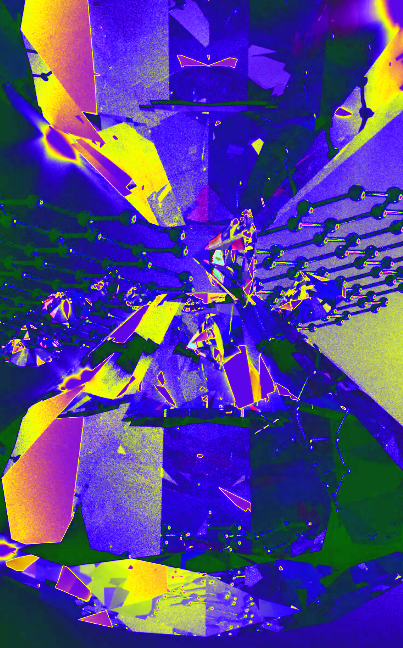 Scientists have made diamonds in a laboratory at room temperature, in a matter of minutes.

But an international team, led by the Australian National University (ANU) and RMIT University, have now made two types of diamonds: the kind found on an engagement ring and another type of diamond called Lonsdaleite, which is found at the site of meteorite impacts.

Their unexpected discovery shows that both Lonsdaleite and regular diamond can form at normal room temperatures, by applying high pressures.

They were made under pressure equivalent to 640 African elephants standing on the tip of a ballet shoe.

“The twist in the story is how we apply the pressure. As well as very high pressures, we allow the carbon to also experience something called ‘shear’ – which is like a twisting or sliding force. We think this allows the carbon atoms to move into place and form Lonsdaleite and regular diamond,” says Professor Jodie Bradby from the ANU Research School of Physics.

“The crystallographic arrangements of the diamond phases revealed that shear is the driving force for their formation and growth,” their scientific paper states.

“This study gives new understanding of how shear can lead to crystallization in materials and helps elucidate how diamonds can form on Earth, in meteorite impacts and on other planets.”

The team at RMIT used advanced electron microscopy techniques to capture solid and intact slices from the experimental samples to create snapshots of how the two types of diamonds formed.

“Our pictures showed that the regular diamonds only form in the middle of these Lonsdaleite veins under this new method developed by our cross-institutional team,” RMIT’s Professor Dougal McCulloch says.

“Seeing these little ‘rivers’ of Lonsdaleite and regular diamond for the first time was just amazing and really helps us understand how they might form.”

Lonsdaleite, named after the crystallographer Dame Kathleen Lonsdale, the first woman elected as a Fellow to the Royal Society, has a different crystal structure to regular diamond. It is predicted to be 58 per cent harder.

“Lonsdaleite has the potential to be used for cutting through ultra-solid materials on mining sites,” Professor Bradby said.

“Creating more of this rare but super useful diamond is the long-term aim of this work.”