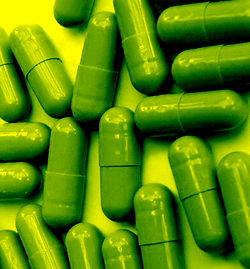 Research has shown the effectiveness of a medication used to treat a common cause of kidney failure, but also revealed some big risks.

The use of steroids to treat immunoglobulin A (IgA) nephropathy or Berger’s disease reduces the risks of kidney function loss or kidney failure by two thirds, according to a new study.

However, the international trial also found severe side effects.

The trial followed 262 people at high risk of kidney failure as they were given either a placebo or a 6-8 month course of steroids.

But recruitment and treatment for the trial had to be stopped after results showed a clear increase in the risk of serious adverse events (20 in the steroid arm vs 4 in the placebo), mainly due to a high risk of serious infections in steroid treated patients, including 2 that were fatal.

“IgA is the most common kidney disease affecting young people with up to 40 per cent going on to develop end-stage-kidney disease,” says Vlado Perkovic, Executive Director of The George Institute for Global Health.

“It’s been a disease with no cure, and no proven specific treatment. Steroids are commonly used around the world but the benefits and risks have been uncertain”

Professor Hong Zhang, of Peking University First Hospital, added: “These findings are important because they provide evidence of kidney protection with steroids, but highlight that this benefit comes with a high price.”

A number of smaller studies have previously suggested that steroids could be an effective way of treating IgA nephropathy– a disease where the kidney is damaged by an overactive immune system.

Steroids work by suppressing the immune system and are cheap and widely available around the world.

Prof Perkovic, of The George Institute, said: “This trial shows that there are clear benefits to treating patients with steroids, but that patients will need to weigh up the risks and benefits of the treatment and make informed choices.

“The results also suggest a need to find safer ways of suppressing immune damage in these people.”

The trial will continue to track the outcomes of those enrolled on the study to see if benefits can be maintained in the long term.