Kama Sushi - the origin of sex 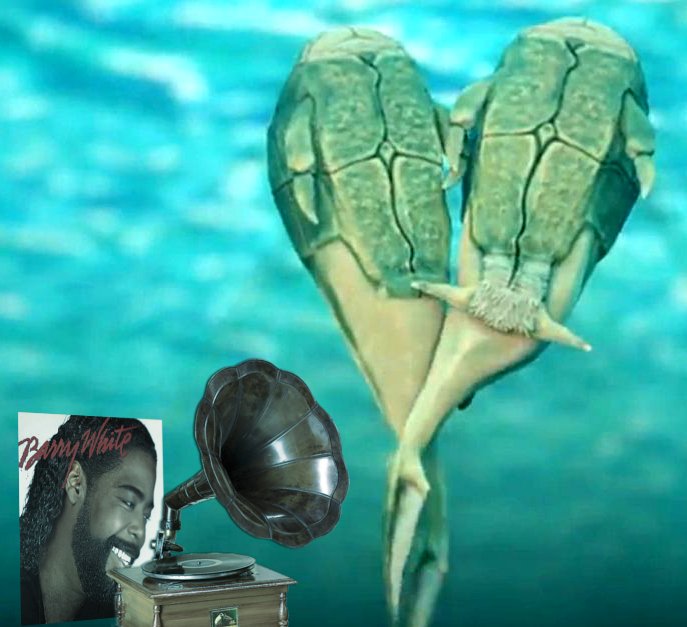 Evidence of sexual intercourse has been found deep in our ecological history, uncovered by a local palaeontological private eye.

The profound new discovery reveals the origin of the intimate act of sexual intercourse, which appears to have first evolved in our deep distant ancestors.

Flinders University’s Professor John Long has found that internal fertilisation and copulation was invented by ancient armoured fishes, called placoderms, about 385 million years ago in Scotland.

Placoderms, the most primitive jawed vertebrates, are the earliest vertebrate ancestors of humans.

Male fossils of the Microbrachius dicki, which belong to the antiarch group of placoderms, developed bony L-shaped genital limbs called claspers to transfer sperm to females; and females developed small paired bones to lock the male organs in place for mating.

Measuring about 8cm long, Microbrachius lived in ancient lake habitats in Scotland, as well as parts of Estonia and China.

Professor Long discovered the ancient fishes’ mating abilities in a single fossil bone from the collections of the University of Technology in Estonia, last year.

The fossils, he said, show the most primitive known vertebrate sexual organ ever found, demonstrating the first known use of internal fertilisation and copulation as a reproductive strategy in the fossil record.

“Microbrachius means little arms but scientists have been baffled for centuries by what these bony paired arms were actually there for,” Professor Long said.

“We’ve solved this great mystery because they were there for mating, so that the male could position his claspers into the female genital area.

“It was previously thought that reproduction spawned externally in water, and much later down the track in the history of vertebrate evolution,” he said.

“Our new discovery now pushes the origin of copulation back even further down the evolutionary ladder, to the most basal of all jawed animals.

“Basically it’s the first branch off the evolutionary tree where these reproductive strategies started.”

Professor Long said the fish probably copulated from a sideways position with their bony jointed arms locked together.

“This enabled the males to manoeuvre their genital organs into the right position for mating.

“With their arms interlocked, these fish looked more like they are square dancing the do-se-do rather than mating.”

Interestingly, the finding also marks the first time in evolutionary history that males and females showed distinct differences in their physical appearance.

“Until this point in evolution, the skeletons of jawed vertebrates couldn’t be distinguished because males and females had the same skeletal structures,” Flinders Postdoctoral Research Fellow Dr Brian Choo said.

Dr Matt Friedman, a palaeobiologist from the University of Oxford, says it is now important to understand why the novel love-making method was needed.

“Claspers in these fishes demand one of two alternative, but equally provocative, scenarios: either an unprecedented loss of internal fertilisation in vertebrates, or the coherence of the armoured placoderms as a single branch in the tree of life,” Dr Friedman, who was not involved in the study, said.

“Both conclusions fly in the face of received wisdom, and suggest that there is still much to discover about this critical episode in our own extended evolutionary history.”