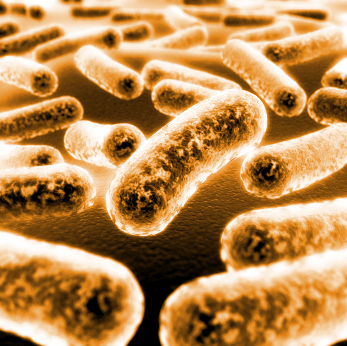 The findings add to the incredible array of helpful microorganisms that make up our intestinal flora.

To map the microorganisms, the researchers developed a new principle for analysing DNA sequence data, which they named the ‘co-abundance principle’.

The principle basically assumes that different pieces of DNA from the same organism will occur in the same amount in a sample, and that this amount will vary over a series of samples.

“This provides us with an overview we have not enjoyed previously.”

Until now, 200 to 300 intestinal bacterial species had been mapped.

Now the number will be more than doubled, which could significantly improve the understanding and treatment of a large number of diseases.

The two researchers also studied the mutual relations between bacteria and viruses.

“Our study tells us which bacterial viruses attack which bacteria, something which has a noticeable effect on whether the attacked bacteria will survive in the intestinal system in the long term,” says Henrik Bjørn Nielsen

Bacteria have traditionally been studied individually, but researchers are becoming increasingly aware that in order to understand the intestinal flora, they must look at the interactions between the many different varieties.

They have found that knowing the intestinal bacteria interactions allows researchers to potentially develop a more selective way to treat a number of diseases.

"Ideally we will be able to add or remove specific bacteria in the intestinal system and in this way induce a healthier intestinal flora," says Søren Brunak.

It is particularly interesting in relation to the increasing problem of antimicrobial resistance which many consider a real threat to global health.

“We have previously been experimenting with using bacteria and viruses to fight disease, but this was shelved because antimicrobial agents have been so effective in combating many infectious diseases. If we can learn more about who attacks who, then bacterial viruses could be a viable alternative to antimicrobial agents. It is therefore extremely important that we now can identify and describe far more relations between bacteria and the viruses that attack them,” says Henrik Bjørn Nielsen.