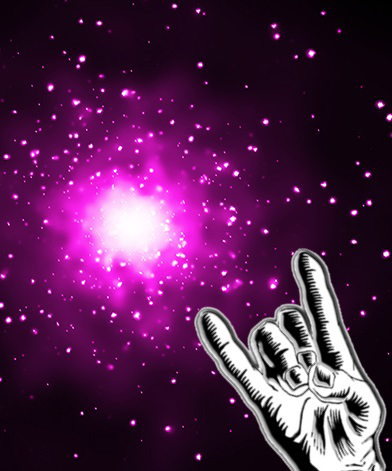 A new galaxy has been discovered by an international team of astronomers, and there is barely enough room to swing a quasar in there.

A global team featuring researchers from the Swinburne University of Technology's Centre for Astrophysics and Supercomputing found the densely-packed dwarf cluster after images from the Hubble Space Telescope first indicated something was going on out there.

Further studies gave the new galaxy the catchy title “M60-UCD1’, and discovered it may be the thickest galaxy near Earth, packed with a truly extraordinary number of stars.

M60-UCD1 is about 10 billion years old, and around 54 million light years from Earth. It is the most luminous known galaxy of its type and one of the most massive, weighing 200 million times more than our Sun, based on observations with the Keck 10-metre telescope.

The most incredible part is the fact that about 10,000 stars in the tight-knit galaxy sit just four light years from each other, something that doesn’t happen in our galaxy.

About half of M60-UCD1’s mass is found within a radius of only about 80 light years. The density of stars is about 15,000 times greater - meaning the stars are about 25 times closer to each other - than in Earth's Milky Way neighbourhood.

Researchers now want to know if it was born so massive, or has actually shrunk from an exponentially larger size down to its current form.

“We think nearly all of the stars have been pulled away from the exterior of what once was a much bigger galaxy,” Swinburne’s Professor Duncan Forbes said.

“This leaves behind just the very dense nucleus of the former galaxy, and an overly massive black hole.”

It boggles the mind to imagine what influence could strip a galaxy of thousands of stars, before leaving it in a condensed form for a few billion years.

“Extreme objects often lead to new avenues of research. We look forward to seeing where this discovery will lead us,” Professor Forbes said.