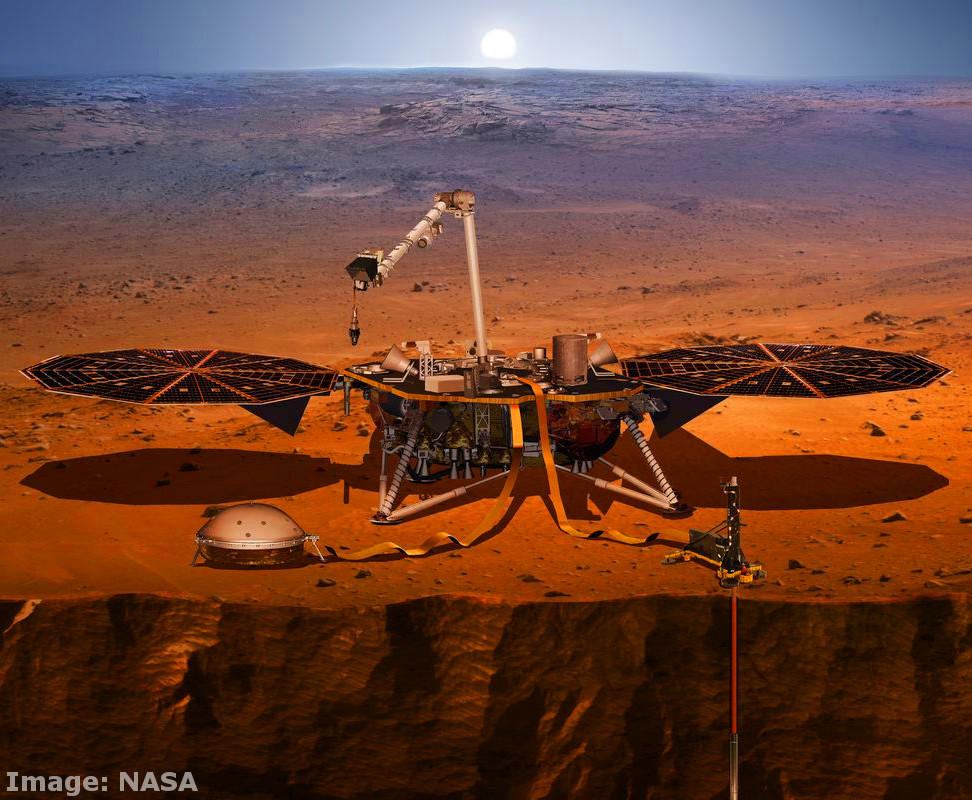 Mars has a new robot resident after a successful touchdown this week.

InSight's two-year mission will be to study the deep interior of Mars to learn how all celestial bodies with rocky surfaces, including Earth and the Moon, formed.

“InSight will study the interior of Mars and will teach us valuable science as we prepare to send astronauts to the Moon and later to Mars.”

“We hit the Martian atmosphere at [19,800 kilometres per hour], and the whole sequence to touching down on the surface took only six-and-a-half minutes,” said InSight project manager Tom Hoffman at JPL.

“During that short span of time, InSight had to autonomously perform dozens of operations and do them flawlessly — and by all indications that is exactly what our spacecraft did.”

InSight will begin to collect science data within the first week after landing, though the teams will focus mainly on preparing to set InSight's instruments on the Martian ground.

At least two days after touchdown, the engineering team will begin to deploy InSight's 1.8-metre-long robotic arm so that it can take images of the landscape.

Fred Watson - Australia’s first Astronomer-at-Large in the Department of Industry, Innovation and Science - says there are a lot of questions to be answered.

“You might imagine that a world without a dynamic crust of shifting tectonic plates would never have earthquakes. After all, that’s the main reason we have quakes on our own planet, as the plates slowly rub together, slide under each other, or pull apart,” he said.

“As far as we can tell, though, the planet Mars has an unbroken crust without moving plates – but we believe it will still have marsquakes.

“How would they be caused? Meteorite impacts, for a start, since Mars’ thin atmosphere burns up far fewer incoming space rocks than the Earth’s does.

“And shrinkage of Mars’ crust, or swelling of the underlying soft rock due to convection in its interior could also cause marsquakes.

“Potentially, such quakes could tell us an awful lot about the interior of the planet, as they do here on Earth. But so far, we’ve had no way of detecting them.

“Enter InSight, the brilliant new NASA Mars lander... with a seismometer to die for, placed directly on the Martian surface, plus other sophisticated instrumentation, InSight will tell us much about the planet’s interior over the next couple of years.”