Hyperloop prepares for leap into reality 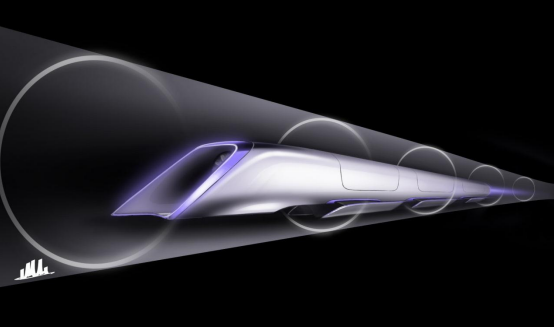 SpaceX, a company usually dedicated to privately-funded space travel, will build a few kilometres of hyperloop test track nears its California headquarters, with plans to test the technology within a year.

“In order to accelerate the development of a functional prototype and to encourage student innovation, SpaceX is moving forward with a competition to design and build a half-scale Hyperloop pod.

“In addition to hosting the competition, SpaceX will likely build a pod for demonstration purposes,” the document said.

The public was first let into Musk’s Hyperloop idea in August 2013, when he and some SpaceX engineers drew up a detailed white paper (available here in PDF form) describing a system to shuttle passengers and cargo between Los Angeles and San Francisco in 35 minutes.

But neither Musk nor SpaceX has anything to do with those companies, meaning that the SpaceX test track will be the first project undertaken by the core group that came up with the idea.

“Just as aircraft climb to high altitudes to travel through less dense air, Hyperloop encloses the capsules in a reduced pressure tube,” Musk wrote in the white paper.

“The pressure of air in the Hyperloop is about one sixth the pressure of the atmosphere on Mars … a hard vacuum is avoided as vacuums are expensive and difficult to maintain compared with low pressure solutions.”

Motors on the pods themselves could be used to create a cushion of air underneath, while linear induction motors positioned along the inside of the tubes would move the pod along.

In the original plans, these tubes are powered by solar panels on their outer surface.

Musk says that for trips under about 1500 km, the Hyperloop would be faster and cheaper than air travel or trains.

It is designed to shoot along just under the speed of sound, to maximise passenger comfort and safety.

But SpaceX does not plan to build a commercial hyperloop. It is simply trying to spur innovation and attention to the design, and to prove that the concept really works.

This is where the contest comes in.

It will challenge teams of university students to design passenger pods and present them to SpaceX officials at Texas A&M University in January, 2016.

The best designs will be built at half scale, to be used at the SpaceX Hyperloop test track.

While the pods could feasibly fit a human inside, they will be tested without passengers.