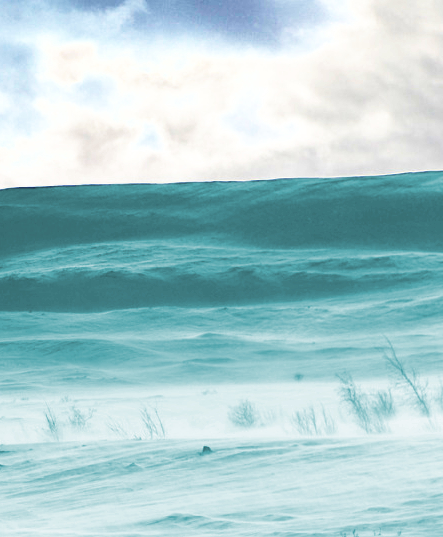 A new study has been described as a “clear fingerprint” of human activity influencing climate systems.

Researchers have analysed a type of extreme weather event that is caused by changes in “planetary waves”.

Planetary waves are wind patterns that encircle the northern hemisphere in lines from the tropics to the poles.

When this happens, whole regions are stuck under the same weather patterns, turning hot spells into heatwaves and wet weather into floods.

The new research used real observations and climate models to assess the chances of the conditions needed to halt the planetary waves occurring.

It found that those conditions are significantly more likely as a result of global warming.

“Human activity has been suspected of contributing to this pattern before, but now we uncover a clear fingerprint of human activity,” said Professor Michael Mann, who led the study published in the journal Scientific Reports.

“We looked into dozens of different climate models, as well as into observational data, and it turns out that the temperature distribution favouring planetary wave stalling increased in almost 70 per cent of the simulations,” said fellow researcher Kai Kornhuber.

Large scale wind patterns are driven by differences in temperature between the poles and the equator.

Global warming affects this difference by heating up the Arctic faster than lower latitudes, exacerbated by the fact land areas heat up faster than oceans.

“[Extremely unusual high temperatures] in the Arctic are happening much faster than we expected,” said Professor Stefan Rahmstorf.

“It is not just a problem of nature conservation or polar bears, it is about a threat to human society that comes from these rapid changes,” he said.

“This is because it hits us with increasing extreme events in the highly populated centres in the mid-latitudes. It also affects us through sea level rise, which is hitting shores globally. So these changes that are going on in the Arctic should concern everyone.”