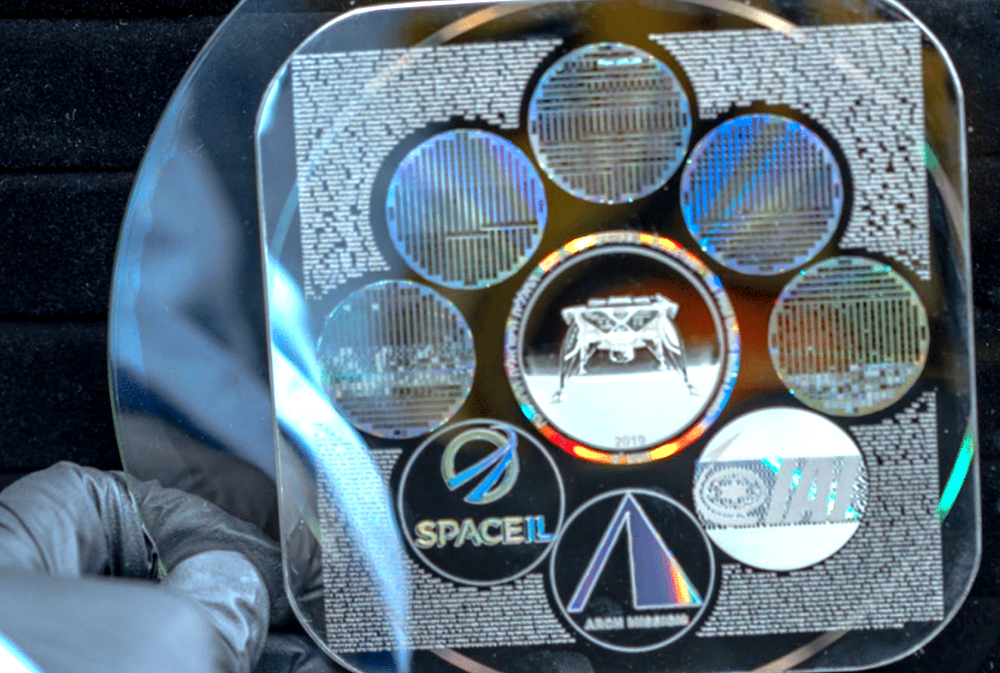 An Israeli spacecraft is carrying a copy of human history to be backed up on the Moon.

Shooting straight past any notion of ‘cloud’ storage, the 30-million-page archive of human civilisation has been encoded on a medium designed to last billions of years, safeguarding mankind’s knowledge in case of an apocalyptic event on Earth.

‘The Lunar Library’ was launched by the Arch Mission Foundation (AMF) on a privately-funded spacecraft Beresheet (which means Genesis in English) last Thursday.

The archive is stored on a special 25-layer nanotech nickel disc, which is itself stored in a protected compartment that is designed to remain on the Moon for billions of years.

The Moon’s copy is the first instalment of the AMF’s ‘Archives of Civilization’ project, which includes backups of libraries of important knowledge, history, information and technology, delivered to many locations around Earth and other locations in the Solar System.

The Billion Year Archive contains a vast collection of important human knowledge, including a full copy of Wikipedia and many other data sets.

“We’ve worked for over 2 years to curate the data and build this ultra-long durability time-capsule.

“This is the largest set of knowledge ever stored in a single object of this scale. It will also be the largest amount of human knowledge landed on another planetary object, as well as the longest-lasting library humans have ever built.”