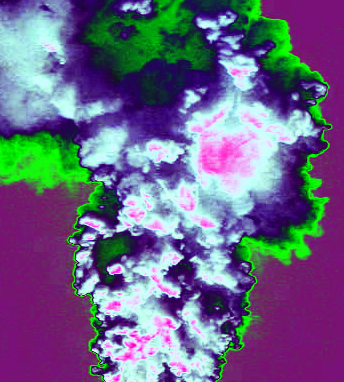 Australia’s net-zero emissions ‘plan’ pins its hopes to technologies that do not yet exist.

Prime Minister Scott Morrison has released a plan that he says commits Australia to net zero emissions by 2050, relying on “technology breakthroughs” to help the country meet the reductions targets.

Nothing in the plan is compulsory, but high-emitting companies will be paid for the efforts they make.

Despite knowing for several years that such a plan will be expected at the upcoming United Nations COP26 climate summit in Glasgow, the government has put its plan together with just a few days to go.

Given the short timeline, it may not be surprising that the plan contains very little in the way of new measures or plans.

Mr Morrison says the plan is a “practical way” to neutralise Australia’s emissions by 2050. About a third of the abatement required to meet the goal consists of unspecified “technology breakthroughs” and “global trends”, with a further 20 per cent to be achieved through offsets.

Energy and emissions reduction minister Angus Taylor explicitly said: “The plan is based on our existing policies”.

Mr Taylor says the vague and unlegislated plan is guided by five ‘principles’: “technology, not taxes”, “choices not mandates”, assuming technologies’ cost will come down, providing “affordable and reliable power”, and a government that is “accountable for progress”.

Essentially, the government plans to meet the goal by doing as little as possible. It believes it is well on the way, given that emissions are already down 20 per cent since 2005.

However, without the impact of COVID-19, national emissions are down by just over 3 per cent since the Coalition was elected in 2013.

One of the few new measures is the addition of “ultra low-cost solar” to the government’s list of priority technologies.

The government has also claimed it will set up an international carbon crediting scheme with its “Quad” partners – the US, India and Japan. It gave no more details on this plan.

The plan does not come with any new funding. It assumes offsets will play a major part in reaching net zero, but does not make clear who will pay for them.

The Government’s modelling suggests emissions from heavy industry, mining and manufacturing will be cut by between 18 to 54 per cent by 2050, with offsets to soak up the rest.

The plan describes liquified natural gas – a fossil fuel – as “clean” and “low emissions”, despite this only being true when heavy carbon capture and storage (CCS) is employed, which has not been successfully demonstrated at anywhere near the required scale.

The government has also published its annual emissions projections, showing where existing policies may leave the country in 2030.

The projections suggest Australia should get to at least a 30 per cent cut on 2005 levels by 2030. That would mean emissions are cut at little more than 1 per cent a year over the next decade.