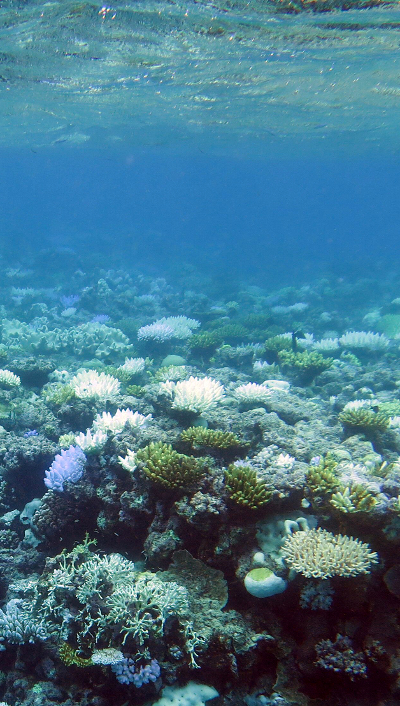 Researchers have discovered another reason why coral suffers in hot snaps.

Ocean acidification and progressive warming affects the ability of coralline algae to respond to sudden heatwaves, according to Griffith University research.

The combination of warming and acidification appears to amplify the physiological stress the algae experience from additional temperature shocks, like the acute increases in heatwaves.

“They are essential ecosystem engineers cementing together the coral reef framework and inducing the settlement of corals and other invertebrates on the reef, aiding in resilience and recovery of coral reefs.”

In being confronted by global climate change, coralline algae are not only experiencing increasing levels of stress by slow environmental changes such as ocean acidification and progressive warming, they are also hit with more sudden thermal changes, like hot/cold snaps.

“Our results reveal that they can withstand some level of environmental change from constant elevated temperature and higher acidity, with no mortality or significant differences in photosynthesis after six weeks, which shows the coralline algae can tolerate some level of change,” Griffith PhD candidate Tessa Page says.

“When this was coupled with an additional sudden thermal stress, however, like a rapid increase in temperature, their health was impacted.

“The additional heat stress causes the crucial physiological process of photosynthesis in the algae to decline and start deteriorating. If corallines can’t photosynthesise that ultimately has negative impacts on the growth and structure of reefs.”

Dr Diaz-Pulido said a decrease in photosynthesis would slow the growth of corallines, affecting their role as reef consolidators or builders, ultimately reducing coral reef growth and the ability of reef ecosystems to cope with increased sea level rise.

“We observed possible thresholds in temperature above which the corallines would not be able to sustain combined, prolonged effects of temperature and acidification.

“The findings from our study are crucially important for reef managers as they provide concrete temperature levels that can be used for predicting and responding to the impacts of climate change. These results also emphasise the need to reduce global emissions of carbon dioxide to maintain the health of the corallines and ultimately the functioning of coral reefs.”