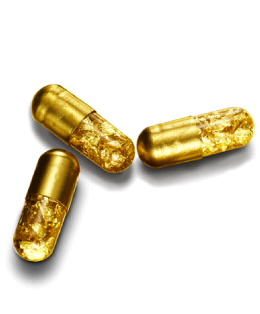 The funds are flowing to help Australian researchers usher a new age of medical treatments, with the announcement of $134 million worth of health research grants.

The kitty will be spread among many Australian institutions to cover projects as diverse as the field itself.

Work on everything from bionic eyes to children’s coughs will receive funding in the latest National Health and Medical Research Council (NHMRC) grants package.

The highest single research grant has been awarded to Monash University, which will use $1.4 million in funding to push an ongoing bionic eye project toward patient trials.

The eye implant may one day restore vision for the blind with a direct-to-brain electronic link.

Other significant amounts have gone to various universities to launch entirely new programs.

Program grants include: $10 million for UNSW to develop new STI controls and $10 million to study post-traumatic mental health; $11 million for a UQ project treating disease through immunoregulation and $9 million to investigate ion channel modulators of pain pathways; $13 million to University of Melbourne for a program to limit the impact of influenza; and $1.4 million for the University of Western Australia to improve the management of youth with foetal alcohol spectrum disorder in the justice system.

These are just a few of the program grants among over 150 packages going out to research organisations around the country.

University of Adelaide has been awarded an $8.9 million program grant to help find new ways of fighting deadly infectious diseases.

“Our research aims to better understand the dynamic interactions between major disease-causing microbes and their human hosts, and to directly apply this new knowledge to develop improved vaccines and new treatment strategies. These are urgently needed to combat infectious diseases in the 21st century,” said researcher Professor James Paton.

The Centre for Cancer Biology – an alliance between the University of South Australia and SA Pathology – will use a $6 million program grant to track down the mechanisms that control blood cell formation and how cell abnormalities play a part in the progression of leukaemia, and how they affect its return post remission.

The teams are looking at new methods for chronic pain relief using recently-discovered peptides from cone snails and spiders.

The broad scope of research being conducted across local institutions shows the wealth of knowledge and creativity that exists within the academic community. With so many projects holding great potential to improve the lives of many, it should be a source of pride for all Australians that such important efforts can be undertaken at home.

“The size of... grants is an indication of the importance of these areas of medical research and a recognition of the excellence of the researchers involved.”

“I also extend my congratulations to all of the researchers Australia-wide, who were successful in this latest round,” he said.

A breakdown of the latest grants is available in Microsoft Excel format, here.