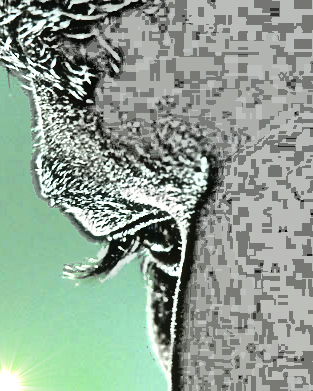 Anthropologists say that the voices heard by schizophrenics are shaped by their environments.

A recent study has found that voice-hearing experiences of people with serious psychotic disorders are shaped by local culture – in the United States, the voices are harsh and threatening; in Africa and India, they are more benign and playful.

The experience of hearing voices is complex and varies from person to person, according to Stanford University anthropologist Tanya Luhrmann.

She says that American clinicians “sometimes treat the voices heard by people with psychosis as if they are the uninteresting neurological byproducts of disease which should be ignored”.

“Our work found that people with serious psychotic disorder in different cultures have different voice-hearing experiences,” she said.

“That suggests that the way people pay attention to their voices alters what they hear their voices say. That may have clinical implications.”

For the latest research, Luhrmann and colleagues interviewed 60 adults diagnosed with schizophrenia – 20 each in San Mateo, California; Accra, Ghana; and Chennai, India.

They were asked how many voices they heard, how often, what they thought caused the auditory hallucinations, and what their voices were like.

Many of those interviewed reported both good and bad voices, as well as conversations with those voices, plus whispering and hissing that they could not quite place.

Some spoke of hearing God while others said they felt their voices were an “assault”.

The striking difference was that while many of the African and Indian subjects registered predominantly positive experiences with their voices, not one American did. Rather, the U.S. subjects were more likely to report experiences as violent and hateful – and evidence of sickness.

One American participant described the voices as “like torturing people, to take their eye out with a fork, or cut someone's head and drink their blood, really nasty stuff”. Other Americans spoke of their voices as a call to battle or war – “the warfare of everyone just yelling”, one said.

The Americans largely reported not knowing who spoke to them, and they seemed to have â€¨less personal relationships with their voices according to Luhrmann.

Among the Indians in Chennai, more than half (11) heard voices of family members.

“They talk as if elder people advising younger people,” one subject said.

Also, Indian subjects heard fewer threatening voices than the Americans – several heard the voices as playful, as manifesting spirits or magic, and even as entertaining.

Finally, significantly fewer described the voices in terms of a medical or psychiatric problem, as all of the Americans did.

In Ghana, it is commonly believed that disembodied spirits can talk, and very few subjects described their voices in terms of illness or disease.

When Ghanaian subjects talked about their voices; 10 of them called the experience predominantly positive; 16 reported hearing God audibly, and “mostly, the voices are good”, one participant remarked.

Dr Luhrmann offers an explanation for the clear differences.

Europeans and Americans tend to see themselves as individuals motivated by a sense of self identity, she says, whereas outside the West people imagine the mind and self interwoven with others and defined through relationships.

As a result, hearing voices in a specific context may differ significantly for the person involved, the researchers wrote.

“Our hunch is that the way people think about thinking changes the way they pay attention to the unusual experiences associated with sleep and awareness, and that as a result, people will have different spiritual experiences, as well as different patterns of psychiatric experience,” Luhrmann said.

The team is now working on a plan to conduct a larger, systematic comparison of spiritual, psychiatric and thought process experiences in five countries.