Hacks from Indonesia jump, or is it a front? 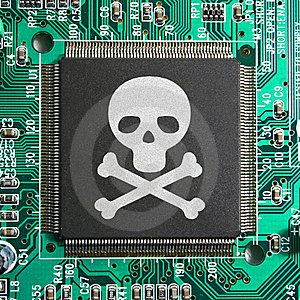 An internet monitoring company says that Indonesia has overtaken China as the most prolific cyber-attackers, but there may be more to the numbers than the massive leap in hacking shows.

The US-based monitoring firm Akamai has released a report saying malicious internet traffic in Indonesia has nearly doubled since the beginning of the year.

The report shows an incredible leap in the amount of cyber-security breaches supposedly originating in Indonesia. Akamai says Indonesia has historically represented just one or two per cent of global cyber-attack traffic, but it has jumped to 38 per cent this year.

Indonesia’s internet speed has increased 125 per cent in the second quarter of this year, compared with the same period in 2012. Some speculate that the better internet infrastructure is leading hackers to use Indonesia as a front.

The Director of the Centre for Internet Safety at the University of Canberra, Nigel Phair says: “Cyber criminals use compromised computers, ones they can hack into in third party jurisdictions to hide their tracks... Finding where the person is and who the person is who has their hands on the keyboard is really difficult.”

“We also shouldn't forget other places like the Pacific islands that are now getting more and more online... No one's given them any education, any resources, any tools or any tips on how to be safe online regarding using antivirus, visiting unsavoury websites,” Mr Phair said.

Indonesia's Minister of Information and Communication Tifatul Sembiring says the Akamai report is not the whole story.

“Sometimes, the number of attacks come from Indonesia more than China but it is not the average data in one year for the cyber attacks,” Mr Sembiring said.

“This data may be a sporadic attack.”

The Indonesian government is reportedly fighting back against the rising tide of cyber-crime, setting up a round-the-clock monitoring team to work between the defence ministry, various intelligence bodies and the private sector.