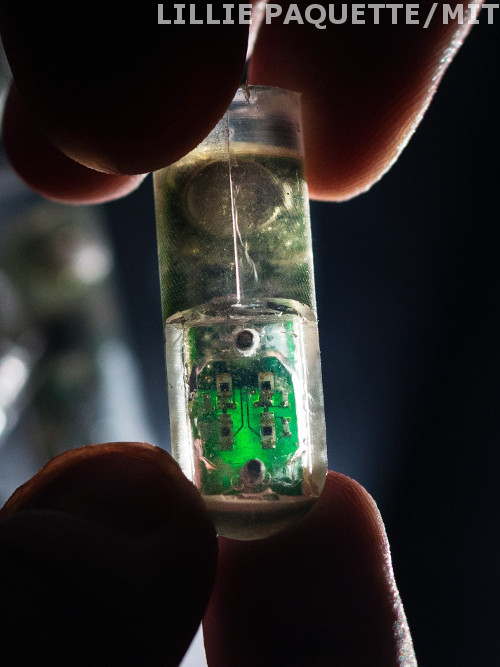 Researchers are testing swallowable devices that can monitor gut health in real time.

The team - featuring experts from Monash University - say their device could one day detect the presence of disease-driving molecules in the gut and send those results to a smartphone.

In a trial demonstration in pigs, it was able to detect molecules that indicate excess bleeding.

The researchers equipped the device with bacteria engineered to sense particular biomolecules in the gastrointestinal tract, but it could be tailored to sense a great number of disease-relevant molecules, they say.

The technology, now at the prototype stage, could eventually be rendered small enough for a human patient to ingest and better manage or diagnose a range of gut-related diseases.

Researchers' understanding of the way altered physiological function in the gastrointestinal tract leads to diseases like colitis is limited, largely due to difficulties in accessing this region of the body.

Few devices available to probe areas close to the tract's exterior, like the oesophagus or colon, provide measurements under truly physiological conditions.

It features bacterial cells designed to sense biomarkers associated with health or disease, and placed in a device with a semipermeable membrane.

When target gut molecules diffuse across this membrane, they activate the bacteria, causing them to light up – a signal that can be converted to electric current and sent, via wireless transmitter, to a radio or cell phone.

This setup, once in a clinical device, could give a doctor access to patient data in real time, the designers say.

As a proof-of-concept for a clinically relevant biomarker, they developed a version of IMBED to detect bleeding events in pigs, which proved effective; “…identifying, detecting and quantifying biomolecules will be of great potential benefit to clinical medicine,” says Monash University researcher Peter Gibson.