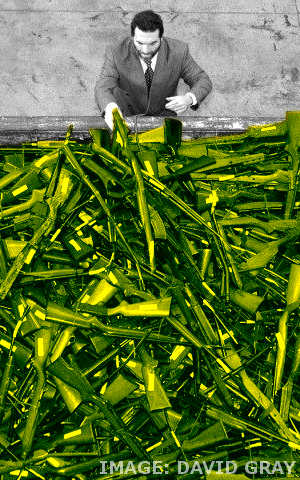 Experts have reviewed the state of gun ownership in Australia, 25 years on from the Port Arthur massacre.

Wednesday, April 28 marks 25 years since the Port Arthur massacre, where a man with a semiautomatic rifle killed 35 people in a Tasmanian tourist town.

The event sparked a dramatic overhaul of Australian firearms regulations. In a new article, Australian researchers show that these reforms have contributed to firearm-related deaths dropping by two thirds in the 17 years after the 1997 reforms.

The researchers say the results of Australia's regulations should be looked at in the US as an example for reducing gun-related deaths.

“In the wake of John Howard’s gun reforms, the risk of an Australian dying by gunshot quickly fell by more than half – and it’s stayed that low for 25 years,” says Adjunct Associate Professor Philip Alpers, a specialist in firearm injury prevention at the University of Sydney’s School of Public Health.

“In those same years, there’s also been a significant shift in the country’s gun culture,” he says.

Researcher Philip Alpers reports that “the proportion of Australians who hold a gun licence has fallen by 48 percent, as each year a smaller segment of the population decide they need a firearm”.

In 1997, the year after the Port Arthur massacre, Australia had 6.52 licensed firearm owners per 100 population. By 2020, that proportion had almost halved, to 3.41 licensed gun owners for every 100 people.

“Although several states and territories still refuse to release their firearm licensing data, we know that today about 868,000 Australians have a current gun licence,” said Associate Professor Alpers.

In 1997, the federal firearm buyback campaign reported that 1.2 million Australians were licensed to possess firearms.

“Government figures show that imports of modern firearms for private owners fluctuate between 65,000 and 116,000 each year. But even after 25 years of importing well over a million new guns since the firearm buybacks, the rate of registered firearms per 100 population has only risen by 1.7 percent.”

Australian civilians now own more than 3.5 million registered firearms, an average of four each. Private gun owners also hold an estimated 260,000 illegal firearms in the “grey market” of undeclared weapons.

“It’s clear that those who already own guns have bought more, while those who don’t own guns are becoming more numerous,” A/Prof Alpers said.

“Polling confirms this, with the proportion of Australian households with a firearm falling by 75 percent in recent decades.”