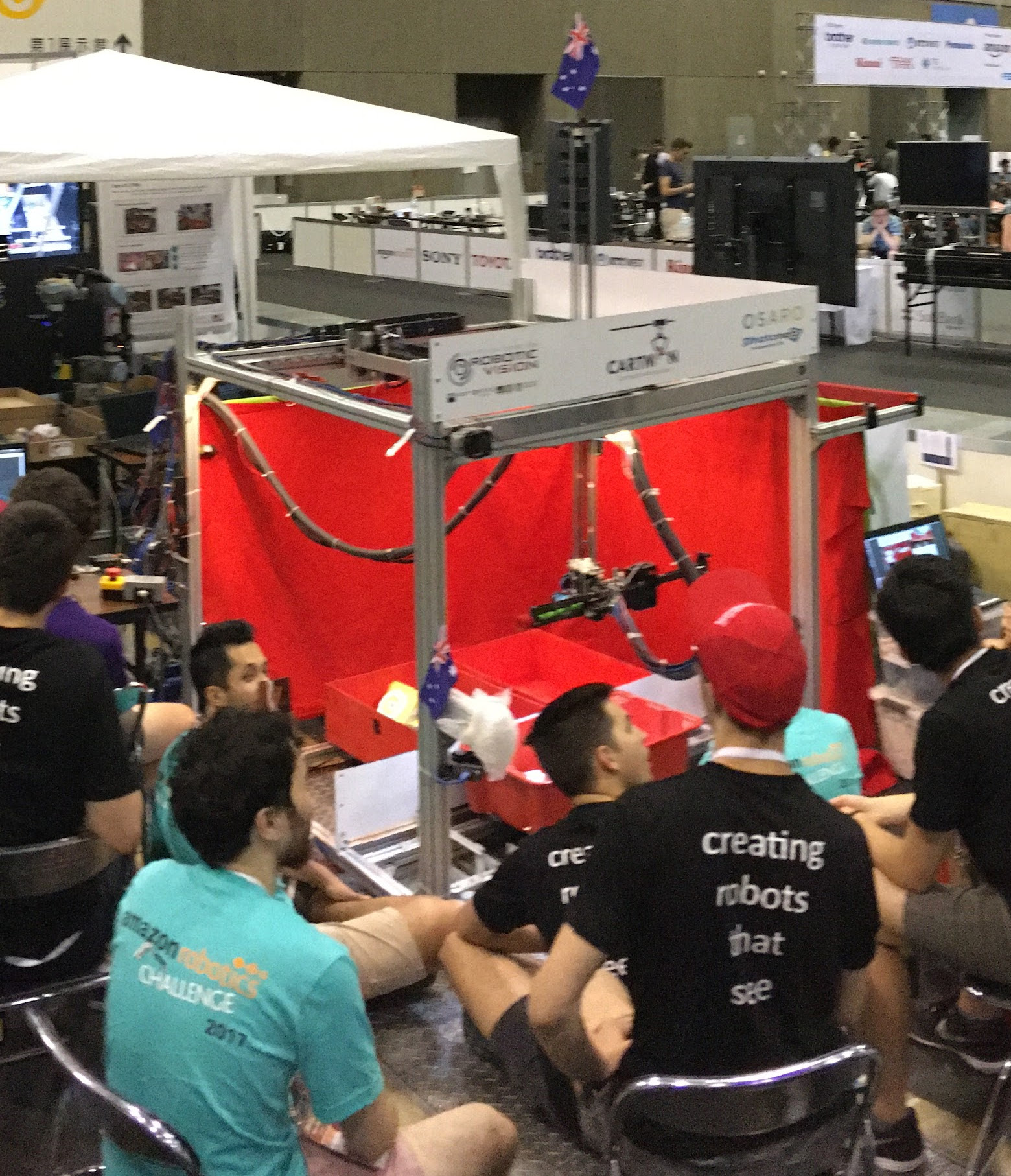 Australian roboticists have grabbed the $US80,000 first prize at the 2017 Amazon Robotics Challenge in Japan.

The Australian Centre for Robotic Vision (ACRV), headquartered at QUT, took out the top prize in the competition, which challenged entrants from around the world to build a robot that can quickly package and ship the millions of items in Amazon’s online store.

Amazon is known for its highly-automated ‘fulfillment centres’, and the Amazon Robotics Challenge is designed to replace the last few people in the company’s automated warehousing processes.

“It was a tense few hours. Our team top scored early with 272 points on the final combined stowing and picking task but we then had to wait on the results for five other teams, many of whom had outperformed us in the rounds,” QUT’s Dr Sue Keay said.

“Not bad for a robot that was only unpacked and reassembled out of suitcases a few days before the event, with at least one key component held together with cable ties.”

Cartman has an arm that can move along three axes, like a gantry crane, with a rotating gripper that allows the robot to pick up items using either suction or a simple two-finger grip.

“We were the only team with a Cartesian robot at the event. Cartman was definitely a large reason for our success,” Dr Leitner said.

“With six degrees of articulation and both a claw and suction gripper, Cartman gives us more flexibility to complete the tasks than an off-the-shelf robot can offer.

“The robot is robust and tackles the task in an innovative way and is also cost effective. I think it would have been the lowest cost robot at the event!"

Fifteen members of the Centre’s 27-strong team of researchers, sourced from QUT, The University of Adelaide and The Australian National University, were in Japan for the event.

The robots were scored by how many items they successfully picked and stowed in a fixed amount of time.

A video showing the moment the Australian team secured victory can be seen below.