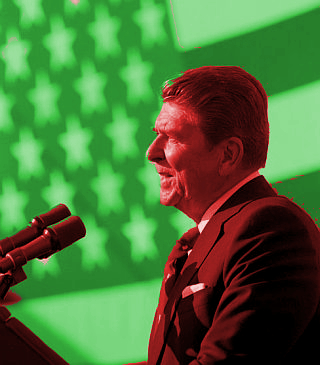 When trying to change long-held ideas about the world, language is everything.

Researchers in the US have come across a critical finding in the language of science, specifically when trying to educate the general public about the growing risks from environmental variations.

A new study suggests Americans do not like the term “global warming”, but respond well to calling it “climate change”.

The two terms are often used interchangeably, despite “global warming” being more limited and not adequately encompassing the range of effects and risks.

The term “global warming” conjures powerful images of melting ice, struggling polar bears, extreme weather and calamity. But if warnings are sounded about “climate change” however, many Americans will disengage.

Researchers found labelled the issue “global warming” instead of “climate change” makes it easier to relate to negative outcomes.

Americans were 13% more likely to say that global warming was a bad thing than to have the same fears over climate change.

The survey sampled 1,657 people over a two-week period late last year, finding a large amount of Americans do not connect with the words “climate change”.

“The use of the term climate change appears to actually reduce issue engagement by Democrats, Independents, liberals, and moderates, as well as a variety of subgroups within American society, including men, women, minorities, different generations, and across political and partisan lines,” the researchers said.

“While global warming has catastrophic connotations attached to it, climate change suggests a more controllable and less emotional challenge.”

It appears that US political parties are already aware of this.

A memo obtained by the Environmental Working Group shows George Bush swapped the term ‘climate change’ for ‘global warming’ in 2002, as his advisors said it would be less frightening.

In his first time, advisors to Barack Obama made him avoid mention of global warming or climate change – choosing the friendlier and less antagonising “clean energy” and “green jobs”.

Others parties and figures have come up with new variations such as “climate crisis” and “global weirding”.

No term seems to have had success in breaking down a Republican conspiracy theory, which says that climate change under any name is a left-wing conspiracy to harm innocent oil companies.