Green knight gets another gong 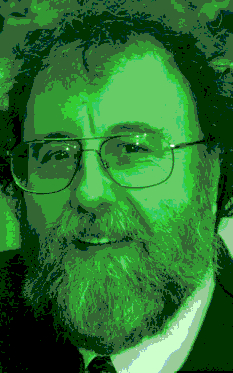 A sustainability expert at an Australian university has been championed by the United Nations.

The award is the United Nations highest environmental accolade, and is awarded to those whose service to the environment is saving lives, improving livelihoods and helping environmental governance and conservation.

Sir Bob was awarded the prize for Science and Innovation, for “promoting the science behind ozone depletion, global warming and the impacts of biodiversity loss”.

The award recognises outstanding visionaries and leaders in the fields of policy, science, entrepreneurship and civil society action.

Sir Bob said he was humbled by the honour.

Sir Bob has devoted his career to promoting the science behind ozone depletion, global warming and loss of biodiversity and the degradation of ecosystem services.

His plaudits include the Award for Scientific Reviewing from the National Academy of Sciences in 1992; the American Association for the Advancement of Science Award for Scientific Freedom and Responsibility in 1993; the insignia of Honorary Companion of St Michael and St George from the British Government in 2003. He has also received the Blue Planet Award in 2010 – Japan’s equivalent of the Nobel Prize.

He was elected Fellow of the Royal Society of Britain in 2011 and received a knighthood in 2012 for his services to the United Kingdom.

Professor Watson has held science leadership positions at the US White House, the World Bank, NASA, and UK’s Department for Environment, Food and Rural Affairs.

He was chair or co-chair of several UN ozone assessments, the Millennium Ecosystem Assessment, the International Assessment of Agricultural Science and Technology for Development, and the UN’s Intergovernmental Panel on Climate Change (IPCC).

“It is a great honour to have one of the world’s pre-eminent environmental leaders at Monash but even more important is the important work that Sir Bob leads, focussing on solving some of the world’s most intractable sustainability problems,” Professor Griggs said.