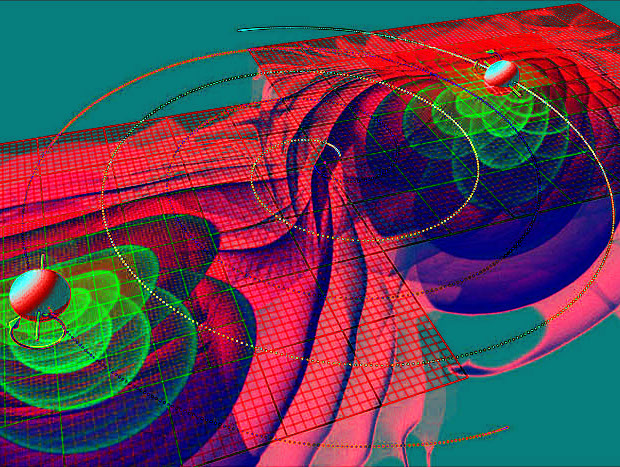 Researchers will soon resume their hunt for gravitational waves - ripples in space and time that hold insights into the origin of the universe.

Researchers from the ARC Centre of Excellence for Gravitational Wave Discovery (OzGrav) will be taking full advantage of a series of major upgrades to the LIGO detectors.

LIGO - which consists of twin detectors located in Washington and Louisiana, USA - is now about 40 per cent more sensitive, which means that it can survey an even larger volume of space for powerful, wave-making events, such as the collisions of black holes.

One of the key upgrades to the LIGO detectors employs a technique called "squeezing” to reduce levels of quantum noise that can mask faint gravitational-wave signals. The technique was developed at the Australian National University.

OzGrav’s Professor David McClelland, who leads the effort at ANU, says; “Manipulating the quantum world to enhance the sensitivity of world’s biggest laser interferometers will enable the deepest searches yet for new gravitational wave sources”.

OzGrav researchers have also spent time in the US installing the instrumentation, including PhD student Nutsinee Kijbunchoo who says; “With every improvement in our squeezing technology, we can push further out into Universe. Seeing the range jump to more than 100 megaparsecs for the first time after injecting squeezing was one of the most exciting moments of my PhD”.

One of the challenges in gravitational wave discovery is being able to rapidly point telescopes at the source of the waves, in order to observe any emitted light before it fades.

Most of the previous discoveries were found in the data with a delay of a few minutes.

According to University of Western Australia’s Dr Qi Chu; “We expect the coming run to surprise us with faster detections, and we have developed a fast search pipeline to look for gravitational waves from double merger sources. Our pipeline will be processing data directly from LIGO and Virgo during this run, and will send alerts to other astronomers within seconds”.

LIGO will fire up again on April 1.