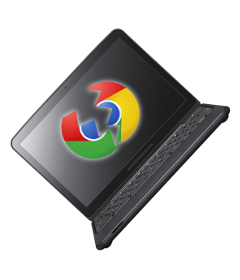 A huge bounty has been offered for one of the most prominent hacks imaginable, with Google putting up a $US2.7 million prize for someone to break into its software.

Google has laid the multi-million dollar gauntlet before contestants at Pwnium 4, the hacking portion of one of the largest computer security conferences on the planet.

Hackers will have be able to choose between an Intel- or ARM-powered laptop, and tasked with finding an exploit in Google’s Chrome browser-based

There will be a range of prizes for different achievements, including bounties of $US110, 000 and $US150, 000 for smaller break-ins. The highest prize will go to anyone who can hack the OS on a Hewlett-Packard or Acer Chromebook.

This is the second year Google has put up the prize for breaking into its software. Last year just $US40,000 was paid from a pool of $US3.14 million for what was later called a ‘partial exploit’.

This year Google says it is looking for someone to pull off a “particularly impressive or surprising exploit”. One example might be circumventing kASLR, a new variant of the ASLR anti-exploit measures used by Apple, Microsoft and Google.

Pwnium 4 is happening on March 12 at the Canadian Security conference in Vancouver.