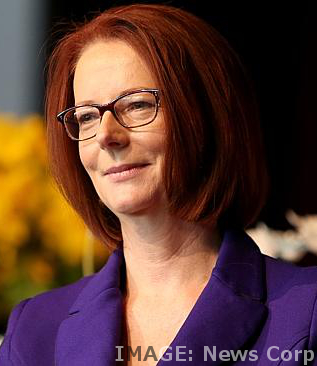 Former prime minister Julia Gillard has spoken about her work since leaving Australia’s top job, describing it as “a different kind of busy”.

Ms Gillard has spoken about her own upbringing and education, as well as her focus on schools during her political career and work in global education since, in an interview with Australian Teacher Magazine.

Since leaving politics, Ms Gillard has working with the Brookings Institution, a US-based education think tank, while also serving as board chair of the Global Partnership for Education (GPE).

“I didn’t want to be an ongoing participant in Australian domestic political debate,” Gillard said.

“But I did want to find a way of pursuing the things I’d been passionate about all my life and central to that was this belief in schooling and fairness in schooling.”

She said her roles with the Brookings Institution and the GPE have allowed her to continue working in one of her strongest fields of interest.

“I grabbed the opportunity with both hands, because it meant that alongside doing the policy thinking at Brookings, I would have the ability to be practically involved in making a difference for the reach and quality of schooling in developing countries around the world,” she said.

The Global Partnership for Education seeks to bring a quality education to all children, especially in the world’s poorest countries.

Ms Gillard’s role involves working to get more resources from GPE donors and potential donors, while also participating in the global discussions on education.

“Delightfully, it also means travelling to developing country partners and getting to see what people are doing. I haven’t had the opportunity to do as much of that as I’d like, but I did travel to Rwanda and get to see what was happening in schools there and that was wonderful,” she said.

“[I also had the opportunity] to get out into schools, one in Kigali, the capital … to talk to teachers and students and parents about the challenges.

“Through my eyes, clearly the infrastructure is very different to anything we’d expect in our schools – very simple buildings, dirt floors and paths, large class sizes, not much in the way of learning materials, different methods of instruction, very focused on chanting and responses.

“There are teachers in those schools who, when they were in schools themselves, learned in French. They went to teacher’s college and learned in French and now they are required to instruct in English. So the professional development task to make this all possible is a truly formidable one.”

Ms Gillard said many people in developed nations like Australia would be shocked to know that around 58 million school-aged children do not have the opportunity to attend primary school.

“So a key focus of what GPE does is to extend access to those children, many of whom live in circumstances of extreme poverty, and fragile nations in conflict affected countries, in countries affected by emergencies, and then there’s the quality challenge,” she said.

“Whilst a lot has been done to extend access to education to realise the Millennium Development Goals, there have been problems with quality, so kids have been sitting in things called schools but they’re not actually learning.

“Estimates show that 250 million children get access to some schooling but still don’t manage to [acquire] even very basic achievement levels in literacy and numeracy. So we very much focus too on how we can lift the quality of what is being provided.”

The former prime minister said pleasing progress had been made in some areas.