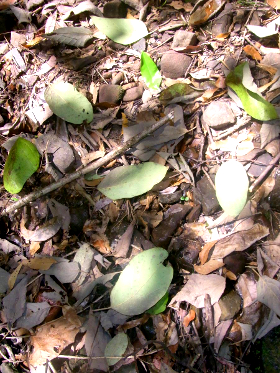 Published in the journal Nature Ecology & Evolution, the researchers say the database could help better predict the consequences of global climate change.

“This was a massive global exercise, combining 1.1 million field sites and hundreds of contributors,” says Dr Greg Guerin, from the University of Adelaide and TERN.

“It provides a major new resource for understanding how plants respond to their environments.”

Currently around 390,000 plant species are known to science. The study shows that the diversity of global vegetation can be described based on only a few traits from each species.

“But it turns out that at the global scale, the overall climate relates only weakly to these key functional traits like leaf size, despite obvious patterns such as the absence of very tall trees in deserts,” says Dr Guerin.

“That result was unexpected. It had been assumed that plant types in a particular location would be determined more strongly by climate.

“The overall differences in global plant communities need to be explained by other factors. Local conditions such as small-scale differences in soils, microclimate or fire regimes may be more important than predicted.

“That means we won’t be able to easily predict how global vegetation is going to respond to climate change.

“Instead, ecosystems will have to be assessed in more detail at a regional level.”

Known as ‘sPlot’, the initiative was launched at the iDiv research centre to develop and set up the first global vegetation database, unifying and merging the existing datasets.

‘sPlot’ currently contains more than 1.1 million vegetation lists from every continent, collected over the past decades by hundreds of researchers from all over the world.

The database is available on request to other scientists, producing unprecedented opportunities to tackle numerous biodiversity questions at the global scale, including the issues pertaining to the distribution of non-native plant species and the similarities and differences of plant communities across world regions.