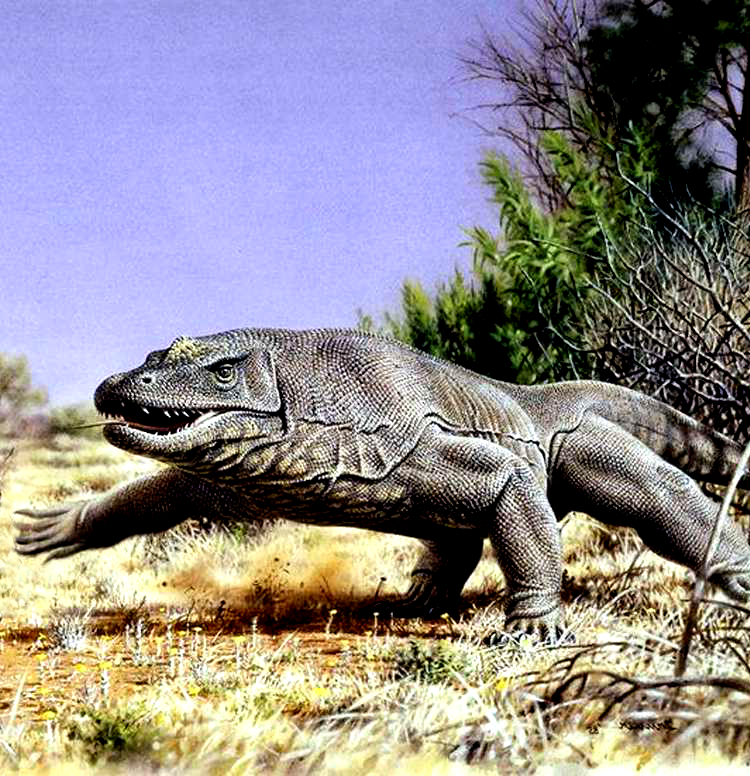 Research led by the University of Queensland has found the first evidence that the first Australians overlapped with giant apex predator lizards.

“Our jaws dropped when we found a tiny fossil from a giant lizard during a two metre deep excavation in one of the Capricorn Caves, near Rockhampton,” says UQ vertebrate palaeoecologist Dr Gilbert Price.

“The one-centimetre bone, an osteoderm, came from under the lizard's skin and is the youngest record of a giant lizard on the entire continent.”

The team used radiocarbon and uranium thorium dating to estimate the bone is about 50,000 years old, which coincides with conservative estimates about the arrival of Australia's Aboriginal inhabitants.

“We can't tell if the bone is from a Komodo dragon - which once roamed Australia - or an even bigger species like the extinct Megalania monitor lizard, which weighed about 500kg and grew up to six metres long,” Dr Price said.

“The find is pretty significant, especially for the timeframe that it dates.”

Dr Price says massive lizards and even a petrifying nine-metre long inland crocodile roamed Australia during the Pleistocene period – which runs from about 2,588,000 to 11,700 years ago.

“It's been long-debated whether or not humans or climate change knocked off the giant lizards, alongside the rest of the megafauna,” he said.

“Humans can only now be considered as potential drivers of their extinction.”

The bone was found in the Capricorn Caves, one of Australia’s most fossil-rich sites.

It was unearthed by a crew of volunteer citizen scientists tasked with sorting and sieving specimens.

The research is published in Quaternary Science Reviews.