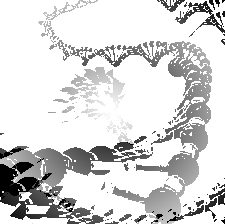 A new study has looked at just how genetically different we all are.

The powerful new analysis of the protein-coding region of the human genome (known as the ‘exome’) will boost efforts to pinpoint clinically relevant genetic variations linked to human disease.

In a sub-analysis of the new paper published in Nature, the authors analysed 192 pathogenic variants reported in other studies, finding only nine with sufficient data supporting a conclusion that these variants had a strong disease association.

Exome sequencing is used for sequencing a subset of the human DNA genome that encodes proteins, known as exons.

Humans have about 180,000 exons, constituting about 1 per cent of the human genome, or approximately 30 million base pairs.

Three-quarters of the known genetic disease-causing variants are located in the protein-coding exome. Given the cost and technical challenges in analysing the all genomic sequence data, researchers are focusing much of their research primarily on exome sequencing.

Interpreting findings is a significant challenge at the heart of genetic sequencing. Each exome contains about 13,500 single nucleotide variants that change the amino acid and a large number of these are expected to be functional variants.

The daunting task for medical researchers is to distinguish variants that are pathogenic from those that have little or no detectable clinical effects.