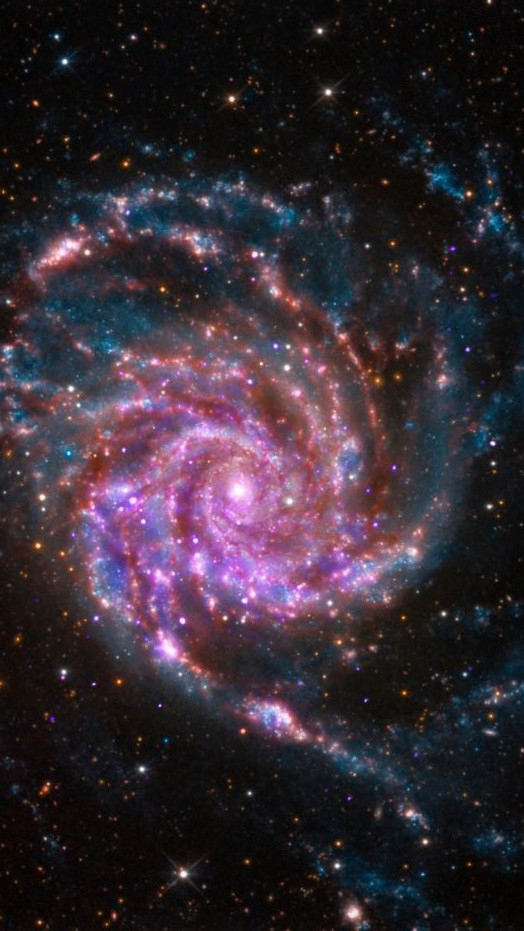 Astronomers have discovered that galaxies rotate about once every billion years, no matter how big they are.

Professor Gerhardt Meurer from the UWA node of the International Centre for Radio Astronomy Research (ICRAR) says that by using simple maths, it is possible to show that all galaxies of the same size have the same average interior density.

“Discovering such regularity in galaxies really helps us to better understand the mechanics that make them tick—you won’t find a dense galaxy rotating quickly, while another with the same size but lower density is rotating more slowly,” he said.

“Regardless of whether a galaxy is very big or very small, if you could sit on the extreme edge of its disk as it spins, it would take you about a billion years to go all the way round.”

Professor Meurer and his team also found evidence of older stars existing out to the edge of galaxies.

“Based on existing models, we expected to find a thin population of young stars at the very edge of the galactic disks we studied,” he said.

“But instead of finding just gas and newly formed stars at the edges of their disks, we also found a significant population of older stars along with the thin smattering of young stars and interstellar gas.”

“This is an important result because knowing where a galaxy ends means we astronomers can limit our observations and not waste time, effort and computer processing power on studying data from beyond that point,” said Professor Meurer.

“So because of this work, we now know that galaxies rotate once every billion years, with a sharp edge that’s populated with a mixture of interstellar gas, with both old and young stars.”

Professor Meurer said that the next generation of radio telescopes, like the soon-to-be-built Square Kilometre Array (SKA), will generate enormous amounts of data, and knowing where the edge of a galaxy lies will reduce the processing power needed to search through the data.

“When the SKA comes online in the next decade, we’ll need as much help as we can get to characterise the billions of galaxies these telescopes will soon make available to us.”