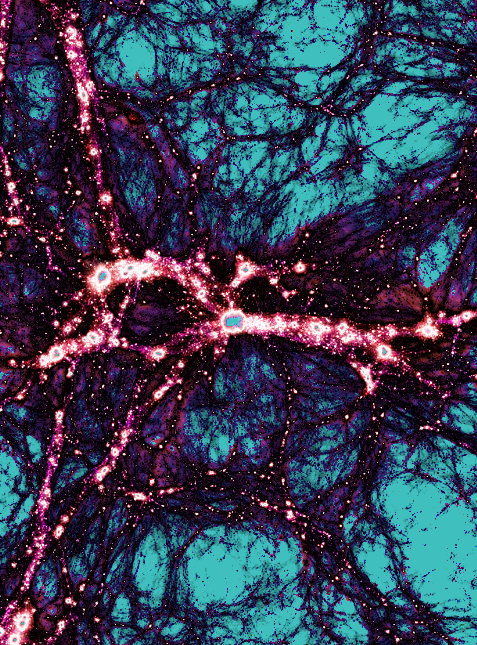 Australian researchers have observed a 50-million-light-year-long galaxy filament, which adds evidence to the ‘Big Bang’ theory of the Universe.

Australian researchers from Western Sydney University, Macquarie University and the CSIRO have contributed to the first observation of a gas filament with a length of 50 million light years, using CSIRO’s Australian Square Kilometre Array Pathfinder (ASKAP) radio telescope. A second half of the study was performed by German scientists using the new eROSITA space telescope.

The observations were made as part of the “early science observations” for a project called the Evolutionary Map of the Universe, also known as ‘EMU’.

The Universe on its most macro scale looks like a cosmic web, believed to be held together by enormous filaments of gas stretching between gigantic clumps of matter.

These filaments had not been directly observed, until now.

“These observations of a system of galaxy clusters 700 million light years away from us detect a gaseous filament of the cosmic web, which is thought to pervade the Universe, but has so far eluded our telescopes,” Professor Norris said.

Professor Andrew Hopkins from Macquarie University said detecting a gaseous structure on this scale confirmed the model of how the Universe had evolved since the Big Bang.

“This model, called ‘Lambda Cold Dark Matter’, uses the combination of Dark Matter and Dark Energy to explain the way structures in the Universe should appear,” Professor Hopkins said.

“This is a great example of two international next-generation telescopes working together to do science that was not possible in the past.”