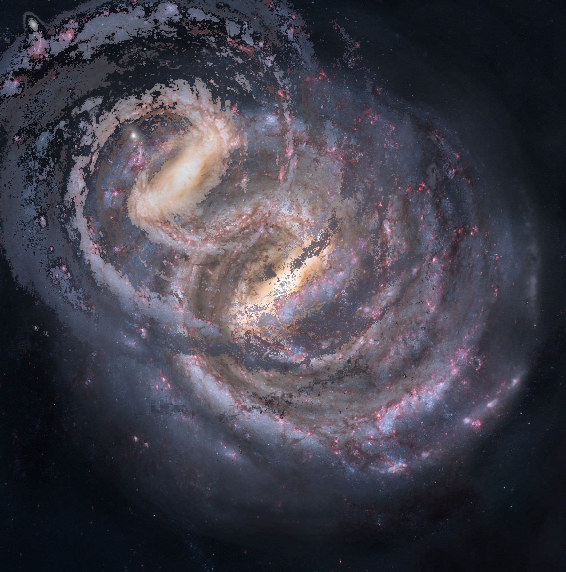 Research has revealed that our galaxy cannibalised a neighbouring one 10 billion years ago.

Galaxies form and evolve hierarchically, with smaller galaxies merging to form bigger ones.

Previous studies have shown the chemical makeup and movements of the Milky Way’s stars point to a significant merger in the galaxy’s past, but when this event happened has been under debate.

Researchers at the Institute of Astrophysics of the Canary Islands, Spain, investigated the matter by building an accurate image of the age distribution of stars in the current disk and inner halo of the Milky Way.

They found that there was a sharp age cutoff out in the outer edge of the galaxy (beyond the spiral arms) which represents the oldest stars in the galaxy.

The majority of stars in the halo of the Milky Way closer to the Sun have ages ranging up to ten billion years old. With the help of the cosmological simulations, the authors identified this age limit as the point when the progenitor of the Milky Way merged with one of its then companions, named Gaia–Enceladus.

Knowing the exact ages of stars has also enabled the authors to pinpoint the stars that were present before the merger and those that originated in the assimilated galaxy.

Stars that appear redder, due to their higher metal content, trace the original stars formed in the Galaxy pre-merger.

The merger not only heated (or puffed up) some of the stars formed in the Galactic disk to be part of its halo but also provided the Milky Way with material to create new stars and give it its current appearance.