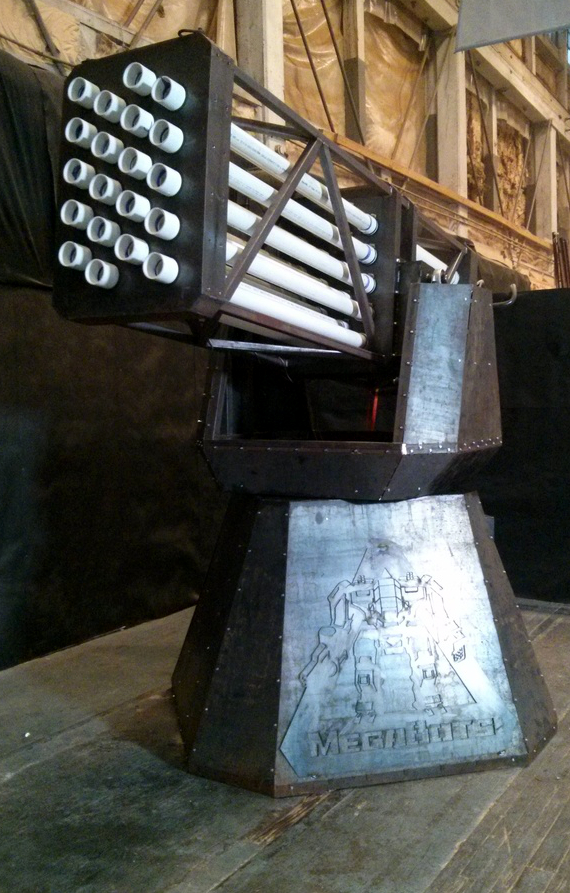 A group of engineer-entrepreneurs has announced a plan to build a fleet of paintball-flinging androids to duel for our entertainment.

Either a glorious celebration of the noble human spirit - or the point at which we finally outsource sport to technological counterparts - the MegaBots project is certainly ambitious.

The team envisions piloted humanoid robots almost 5 metres tall, firing cannonballs at each other at 190km/h. Armour panels will explode, robot limbs will fly, and combatants will collapse from battle damage until only one is left standing.

A driver-and-gunner team will pilot each MegaBot in a battle against other robots, vehicles, and a variety of defences and obstacles.

The project has gone live on crowd-funding website Kickstarter, with a goal of raising $1.8 million to build the first fully-functional fighters.

But funds have been slow, and the team now has just days left to drum up the cash.

If the minimum funding level is reached, it will pay for two robots to duke it out in a 1-on-1 deathmatch tournament.

But the MegaBots team have already cleared many hurdles.

A number of working prototypes have been produced ahead of the final design pegged as a “15-foot-tall, 15,000-pound, walking humanoid combat robots with giant, modular pneumatic cannons for arms”.

This year has been spent making the prototype upper body and arm of a MegaBot, a prototype gun emplacement, two weapon systems and other designs.

The plan is for MegaBots to be covered in customisable, breakaway armour. 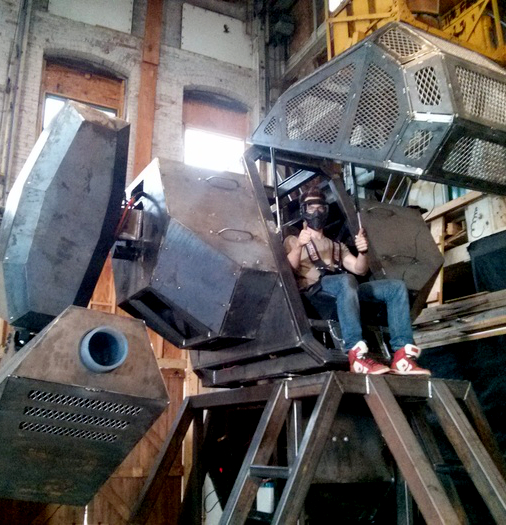 As the cannonball-sized, paint-filled projectiles hit their targets, armour plates shatter and explode, and computers tally critical hits to the robot’s limbs and torso.

As more and more hits are taken, robots start to limp, joints start to seize, weapons start to jam, and after enough damage, limbs are completely blown off.

The team has spent over two years engineering and designing the fundamental technology needed to create functional MegaBots.

They have designed miniature electro-hydraulic powerplants that enable MegaBots to run off batteries, and allow their limbs to be blown off.

It has also prototyped different classes of ammunition and air cannon weaponry, developed the walking algorithms needed to keep an 8-tonne robot balanced on two feet in combat.

The project has some corporate sponsorship, primarily from software company Autodesk, but says it needs to the help of interested individuals to push it to a final product.

The inaugural robot deathmatch is scheduled to take place in May of 2016, and investors who help achieve this goal can be paid with prime seats, or a full-on pilot training package with a chance to compete in the actual tournament.

More information is available in the following video.