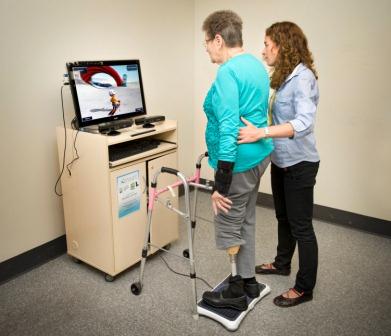 Australian researchers are taking part in a massive trial to see whether computer games, iPad apps and interactive games such as the Wii can help people recover from falls, strokes and brain injuries.

The National Health and Medical Research Council-funded study includes 300 patients and a team of health professionals, engineers, designers and consumers across three states.

The ultimate aim is to use technology to enhance rehabilitation outcomes without a great increase in costs.

Previous studies have generally been smaller and looked at the role of only one device.

The pilot trial – which featured 60 participants – found that patients were accepting of technology and that using it benefitted their balance.

“Patients in our pilot trial enjoyed using the technology and we were pleased that the results showed a wide range of benefits,” Professor Crotty said.

The study will use a variety of commercially available games or equipment such as Wii Fit, Xbox Kinect and pedometers such as Fitbits, and specially designed devices, such as ‘stepping tiles’ developed at The University of Technology Sydney and home exercise iPad apps developed by Flinders University and The George Institute.

The devices enable feedback about performance of simple exercises, such as standing up and stepping – either by the control of the figures in the game by the person’s movement, such as Xbox Kinect, or by simpler feedback on a screen, such as how much weight is on the left leg while standing.

Given the diversity of rehabilitation patients, the researchers believe different people will do better with different technologies.