Flowers' many forms could come from jumping DNA 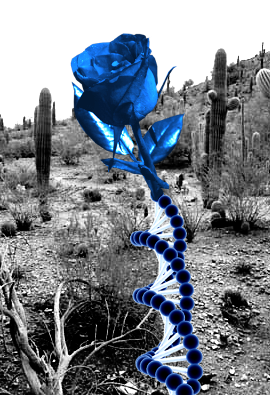 While they are well-received by the mainstream population flowers have been bugging evolutionary biologists since Darwin, but a new study may soon end the mystery.

Researchers have been looking for a theory of evolution that could explain the rapid rise of flowering plants, a phenomenon which Charles Darwin described an “abominable mystery” due to its conflicts with his notion of gradual evolution.

Flowering plants have sprung up in a stunning range of forms in recent ages, and there are now at least 350,000 different flowering species. This is in sharp contrast to their non-flowering relatives, which have evolved much more slowly and number barely 1000 species.

Biologists from Murdoch University say they may have found the key to the success of flamboyant flora, after applying the “jumping genes” theory to plants rather than animals.

The team have been major proponents of the ‘TE-Thrust’ theory, which considers jumping genes as an extremely important factor in evolutionary innovation and the rapid creation of new species.

Jumping genes are mobile segments of DNA that can actively insert themselves or a copy of themselves, into new positions within the genome. They can arise spontaneously or can be introduced into a genome by transferring across from other species.

Once thought to be “junk DNA”, the last two decades have shown TEs (jumping genes) are responsible for numerous traits in a wide variety of organisms.

“Modern explanations for the success of flowering plants include their ability to undergo duplications of their entire genome as well as interspecies hybridisation and modifications for pollination by birds and insects and seed dispersal,” A/Prof Greene said.

“While these theories are valid they don’t fully explain the amazing diversification of flowering plants.

TE-Thrust explains why some biological lineages have a great number of species and other have few; different rates of evolution; and the existence of seemingly unchanged species known as living fossils.

“The high percentage of mobile DNA sequences in flowering plant genomes means that they will strongly exhibit the extra evolutionary boost that TE Thrust can provide,” Prof Green said.

“Jumping genes have helped drive the origin and diversification of flowering plants by facilitating a multitude of genetic changes.”