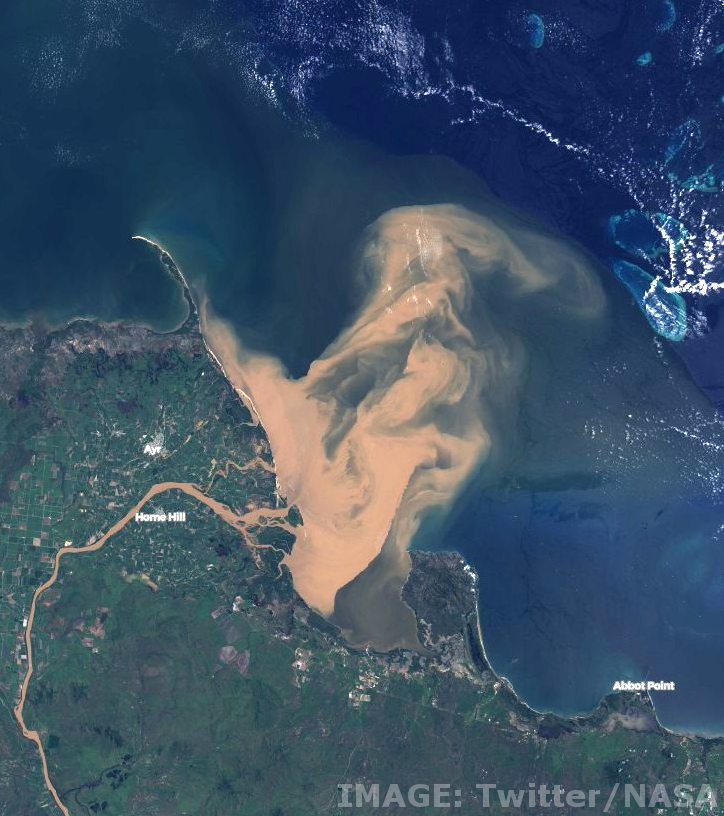 Scientists are concerned about massive plumes of polluted floodwater heading for the Great Barrier Reef.

Surveys of the marine fallout from the state's recent natural disasters have shown flood run-off - likely including nitrogen and pesticide chemicals - is flowing as far as reefs 60 kilometres from the Queensland coast.

“If you look at the remote sensing images, the one that's standing out at the moment is the Burdekin, which is the biggest river in that area,” she said.

“But over the last two weeks other rivers have produced large flood plumes as well, which have dissipated since then, but are definitely still affecting large areas of the Great Barrier Reef.

“The two things we're mostly concerned about is sediment from erosion in the catchment that gets transported with rainwater into the rivers out onto the reef and nutrients such as nitrogen and phosphorus.

“One of the main effects of getting that transported out to the reef is that … less light can travel through the water and reach down to corals and seagrass ecosystems.

“It's not catastrophic … but it is still an extraordinary event because we see flood plumes reaching definitely to the mid-shelf reefs and in certain areas to the outer reefs.”