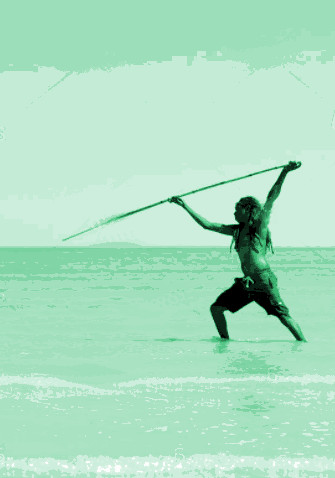 There is an alarming inequity of Aboriginal water rights in NSW.

New research shows Aboriginal people have rights to only a tiny fraction of the available water, due to the deep legacies of Australia’s colonial water history.

Water entitlements of Aboriginal organisations in the NSW portion of the Murray Darling Basin (MDB) cover just 0.2 per cent of all available surface water, in a region where Aboriginal people comprise almost 10 per cent of the total population.

Water trading and recovery for the environment in the Murray-Darling system has given rise to the world’s biggest water market, now worth billions of dollars.

But many are left behind, especially those Aboriginal people needing access to water to manage their lands and benefit from its use in the future.

“It also examines the historic and contemporary factors that continue to limit Aboriginal peoples’ access to water and their opportunities to benefit from its use.”

The research found that 25 Aboriginal organisations hold water entitlements to a total 12.1 Gigalitres of water across ten catchments in the NSW portion of the MDB.

“This amount is a mere 0.2 per cent of all the available surface water in the NSW portion of the MDB. The results show that Aboriginal organisations hold a tiny portion of the total water supporting economic and social development in the Basin,” Dr Hartwig says.

“Alarmingly, we also found that the amount of water held by Aboriginal organisations has decreased by 17 per cent over the past ten years. There is a range of reasons for this, including forced permanent sales from the liquidation of Aboriginal enterprises.

“The MDB’s water market in 2015-16 was valued at A$16.5 billion. We estimate Aboriginal holdings across the NSW portion of the MDB were valued at only 0.1 per cent of that amount, A$16.5 million.

“This small amount is unevenly distributed across the state, with ownership higher in the south than the north,” Dr Hartwig added, “despite the Aboriginal population being considerably larger in the north.”

The researchers further discovered that the water holdings of Aboriginal organisations tend to be relatively insecure, meaning they are not assured of getting an allocation of water every year.

“In this research we also identified key moments when governments denied Aboriginal people water rights and by extension, the benefits that flow from water access,” says Professor Sue Jackson, also from the Australian Rivers Institute.

“In the colonial era, Aboriginal people were dispossessed of land and so could not obtain licences to use water. Then two hundred years after colonisation, land restitution processes to redress Indigenous peoples for colonial acts of dispossession further intentionally restricted what land and water licences Aboriginal people could claim.

“These results show conclusively that Australia’s system of water governance is inequitable and unjust – it has excluded Indigenous people from accessing water and from participating in the water economy.

“There is an urgent need to reform national water policy and laws to address this historical denial of water rights and stem future water losses.”