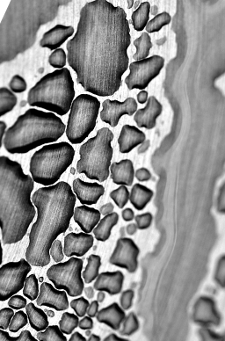 Australian researchers say they have developed a new desalination technique that requires about 80 per cent less energy.

In FDFO, chemicals draw saline from water via osmosis using a soluble fertiliser on one side of a membrane filter.

In Australia, where an El Nino weather pattern is expected to develop and possibly trigger droughts and bushfires, this design has much to offer.

“By reducing the demand that irrigation places on our traditional water supplies, we are conserving precious water for domestic use in our homes,” said researcher Dr Hokyong Shon.

Dr Shon says he who hopes the research into osmotic energy – energy drawn from the difference in the salt concentration between seawater and fresh water – can be used in other areas.

“For example, using osmotic energy to drive power generating turbines is just one of the many exciting possibilities,” he said.

Desalination plants have been built around the country to reduce reliance on rainfall, but they have been criticised for pushing water prices up and adding to greenhouse gas emissions due to their heavy energy use.

The plants have also traditionally been expensive to maintain because of the damage saline does to the equipment. The UTS system addresses this problem by making all its products and by-products re-useable.

FDFO converts saline water and directs it into an irrigation system via a process called ‘fertigation’.

Fertiliser then serves a dual purpose as a process material and part of the end product, maximising resources and eliminating waste.

A pilot installation of a FDFO system has been adopted by NSW State Water through the National Centre of Excellence for Desalination Australia and is currently being used at a Newcastle coal mining site to desalinate saline ground water.