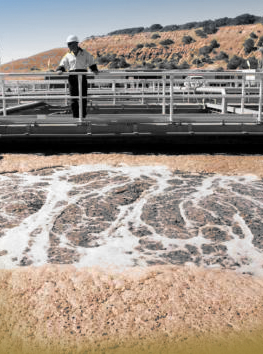 March 22 is World Water Day – a day set aside to focus on one of the most important elements of life on Earth.

The theme for World Water Day 2018 is ‘Nature for Water’ – exploring nature-based solutions to the water challenges we face in the 21st century.

Experts say that without better water management practices, many cities will not remain liveable.

“Government policies need to be modified, to ensure that adequate attention is given to water and food security issues,” says Professor Basant Maheshwari, an expert in water sustainability.

Professor Maheshwari says that in many developing and developed countries, the management of groundwater is a significant issue.

“When groundwater is pumped in excess of yearly recharge, it threatens drinking water supplies, food production and livelihood of people,” he said.

“However groundwater is an invisible resource, and as such it is difficult to monitor water levels and track where the water is flowing – which makes regulation problematic.”

Drawing studies in India, Professor Maheshwari says there is a potential to achieve a sustainable future for groundwater resources through participatory, village level monitoring and management.

Others say will have to rely more heavily on recycled sewage in the future.

Dr Ian Wright from the School of Science and Health at Western Sydney University says drinking recycled sewage is a very confronting topic.

But, once people get past the ‘yuck factor’, there is a great potential for treated sewage to supplement existing urban water supplies.

“Many Australian sewage treatment facilities already discharge their effluent into the dams, rivers or reservoirs. The water is blended into a natural water source and undergoes further treatment before it is used for drinking water. This is referred to as ‘indirect potable reuse’ – and is very common,” says Dr Wright.

“No Australian cities currently use ‘direct potable reuse’ – which is when a city’s water is directly sourced from a sewage treatment facility. But it will be the way of the future, if measures aren’t put in place to account for the country’s booming population.”

Dr Dharma Hagare is studying ways to improve the capacity of urban centres to source and store their own water.

Dr Hagare says urban centres are heavily reliant on imported water. However, if there was a means to source and store water from within urban centres – such as through the collection of storm water in aquifers – the need for imported water would significantly reduce.

“If rainwater and stormwater were properly harvested and utilised along with treated wastewater, the demand for imported water would reduce and the sustainability and liveability of urban centres would significantly improve,” says Dr Hagare.