Expert views on funding moves as Direct Action fires up 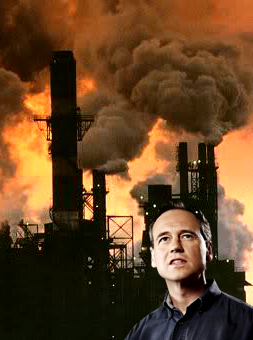 The Federal Government has provided an excellent opportunity for companies to appear as though they are doing something about their carbon emissions.

In a deal described as “a sham and a shonk” by the Greens, the Abbott Government has passed its Direct Action policy.

The bill aims to reduce greenhouse gas emissions by 5 per cent of 2000 levels by 2020 by way of a $2.55 billion emissions reduction fund, which will pay companies for low-cost ways to reduce their carbon footprint.

The Government will award successful projects with Australian carbon credit units (ACCU), giving one ACCU for each tonne of abatement achieved.

The crediting period ranges from seven years for most methods, to 25 years for sequestration projects.

Projects will be selected on a reverse-auction basis, so that the cheapest method to reduce emission will be favoured, but some businesses will have the option of proceeding directly to the crediting stream without participating in the auction process.

Independent senator Nick Xenophon appears to have played the strongest role in effort to make the new program more robust.

Senator Xenophon’s support was only gained when the Government included rules that will establish a baseline emission level, beyond which companies could be punished.

Under Xenophon’s amendments, the Environment Minister must decide on baselines with regard to “the principle that a responsible emitter must not be allowed to benefit from non-compliance”.

That benefit is calculated by “having regard to the financial advantage the responsible emitter could reasonably be expected to derive from an excess emissions situation”.

The baseline levels for pollution are to be set in October next year, ahead of the safeguard mechanism beginning on July 1, 2016.

Some believe the condition will only lead to excess polluters buying pollution permits from those who had managed to reduce their emissions.

Pollution market researchers Reputex say that the Emissions Reduction Fund – the centrepiece of the Federal Government’s attempt to reduce harmful emissions - will at best deliver 30 per cent of what is required to hit the 5 per cent target by 2020.

Experts have reacted to the new deal.

“Direct Action is a subsidy scheme that gives taxpayers’ money to companies for claimed emissions reductions... it is vastly inferior to putting a price on emissions,” said Frank Jotzo, director, Centre for Climate Economics and Policy, Australian National University.

“The Direct Action policy... gives a worrying sense of being on a diet but without stopping eating cream buns,” writes Jemma Green, research fellow at Curtin University.

“Hopefully, with Senator Xenophon’s proposed ‘safeguard mechanism’ in place, we will be able to ensure that this policy will not just become an excuse to emit more carbon,” said professor of environmental economics and policy at Southern Cross University, Dr Caroline Sullivan.

“With vegetation and soils having capacity to act as carbon sinks, there is no reason why some of the $2.5 billion set aside in the government’s Direct Action plan cannot be used to pay for Australian-based offsets to cover that inevitable portion of emissions which will continue to be made under any climate policy scheme,” she said

Dr Sullivan said the funds should be allocated to large-scale reforestation and carbon sequestration efforts, rather than simply plugging the holes in old industries.

“As we will always need energy, some level of emissions will continue to be produced, so let us consider how this relatively large sum of money can not only help to motivate carbon reductions from large emitters (through the Emissions Reductions Fund), but could also provide a hugely important (and much needed) economic stimulus for rural and regional Australia.”

John Quiggin, a professor at the University of Queensland’s School of Economics, says the Palmer United Party’s amendment that kept the Climate Change Authority alive may be the best point of the new bill.

“As a member of the Climate Change Authority, I’m naturally gratified to see that the value of our work has been recognised by the government and the Parliament,” Dr Quiggin said.

“Much more important, though, is that the option of an emissions trading scheme has been kept alive and that it will be the subject of rigorous study.

“The overwhelming view of economists is that a price-based measure such as an ETS is a critical component of a carbon-mitigation policy and a natural complement to policies of Direct Action.”