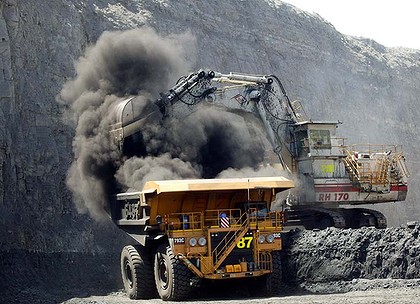 Academics have opened fire on myths spun by mining companies.

“Industrial operators are known to concoct ‘myths’, stories or other arguments to distract the public and environmental regulators away from understanding and determining the true source and cause of environmental contamination,” says prominent environmental scientist Professor Mark Taylor.

“We decided to look into the science behind these ‘myths’ at Broken Hill in New South Wales to see if there was any evidence to support them.”

Mining companies have tried to blame environmental contamination levels on alternative causes including; natural weathering of the ore body that leads to contaminant dispersal, and other sources of lead such as paint and petrol.

Some also deny that the lead exists in a form that can be absorbed by biological organisms, termed ‘bioavailability’.

There are even some who argue that the ‘wind blows the other way’, so that even if emissions are toxic they are not deposited across the local town because of the wind.

“Second, weathering of the ore body would only result in a limited increase of contamination close to the mined region, and cannot explain high levels of lead and other metals in surface soils across the wider Broken Hill city area.

They found that the lead in the soils and dust in and around Broken Hill is readily absorbed by the human body, meaning that it can definitely be deemed ‘bioavailable’.

The final nail in the coffin comes in the form of lead isotope analysis, which clearly shows that environment accumulation of lead must have occurred relatively recently, because only the surface soils could be ‘fingerprinted’ to match the source ore body.

“The deeper soils that would have formed since the formation of the ore body showed different results to the surface soils, which gave the researchers “further reason to discount the natural weathering argument,” Prof Taylor says.

“The creation of these myths has acted as a considerable barrier to proper strategies and restorative actions in mining towns across the planet. Knowing the truth behind these myths will help mining communities move forward in addressing exposures in a positive and effective manner,” he concluded.

The full study is available here.