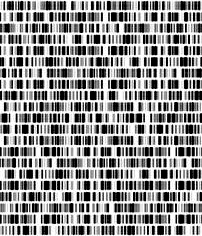 European ancestry is vastly overrepresented in genomics research, and it could have serious consequences for science and medicine.

Experts say that despite efforts to include more diversity in research, people of European ancestry continue to be the subjects of most genomics research, with ethnically-diverse populations largely excluded.

As of 2018, individuals included in genome-wide association studies (GWAS) were 78 per cent European, 10 per cent Asian, 2 per cent African, 1 per cent Hispanic, and <1 per cent all other ethnic groups.

This bias in the data limits the understanding of the genetic and environmental factors influencing health and disease.

It also limits the ability to make accurate predictions of a person's disease risk based on genetics and to develop new and potentially more effective treatment approaches.

“We may be missing genetic variants that play an important role in health and disease across ethnically diverse populations, which may have deleterious consequences in terms of disease prevention and treatment.”

Human genetic variation is explained by differences in the evolutionary histories of human populations, including those resulting from the out-of-Africa migration of modern humans and all subsequent events.

Therefore, a complete understanding of human genetics and its relationship to disease requires studies in people representing the full “landscape of human variation”.

“For example, approaches are being developed to predict a person's risk of diseases such as Alzheimer's disease, heart disease, or diabetes based on their status for multiple genes. But such calculations developed based on evidence from primarily European populations may not apply to people of other ethnic backgrounds.”

“The lack of ethnic diversity in human genomic studies means that our ability to translate genetic research into clinical practice or public health policy may be dangerously incomplete, or worse, mistaken”

The experts are calling for a concerted effort to increase diversity in human genomic studies, with funding that targets inclusion of ethnically-diverse populations and development of infrastructure for doing clinical and genomics research in neglected populations.