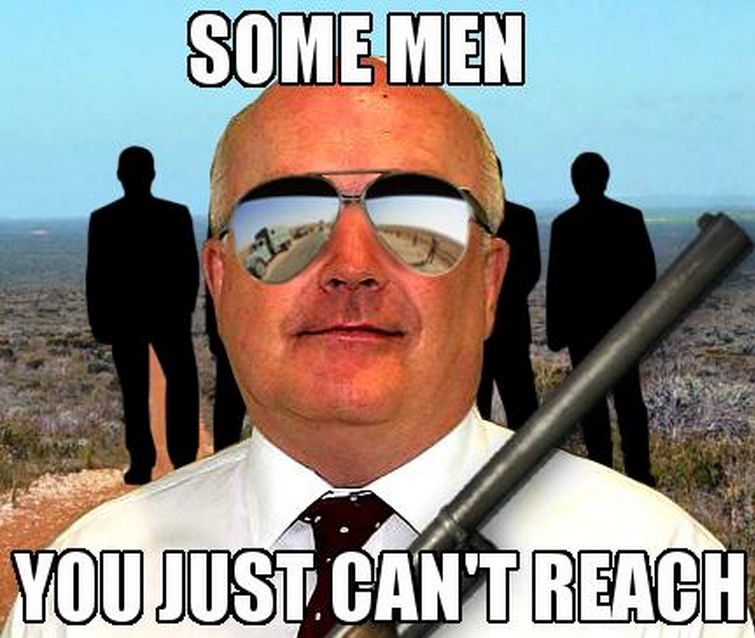 The Senate will vote on the Government’s metadata retention bill today, and it appears almost certain to pass with the blessing of the party technically considered the Opposition.

While the bill is vague about where data will be retained, and how much it will cost, a majority of Australia’s elected representatives appear perfectly willing to bring it to life.

Always keen to obfuscate the issue, here is how Attorney-General George Brandis explained the cost of data retention;

“As to which of those within that diverse range the Government will settle upon as a reasonable estimate of the capital cost across industry and as to the percentage contribution the Government will make to that figure, those are matters currently before the Government, they are a matter of deliberation as part of the budget process.”

It would be difficult to imagine a more complicated way to say; “We don’t know how much that will cost”.

So keen is the Federal Government to legitimise its deep view of the private communications of its citizens, that it will attempt to extend sitting hours to see the legislation pass before the May budget.

Concern has been raised by from across industries that rely on privacy to function, such as the media and the legal sector, but very little traction has been gained by the argument that everyday citizens have a right to (digital) privacy too.

Luckily, like any government intrusion into technological realms, the attempts to retain metadata can be subverted with about five minutes of Googling.

It is easy for anyone to leave no trace of online activity by using Tor networks, Private networks, and secure messaging apps.

Happily, anyone wanting to engage in nefarious, illicit or clandestine activities can make the Government’s attempts to stop them utterly ineffective in just a few simple steps.

For all those engaging in perfectly legitimate and above-board activities - ASIO, the AFP, and seemingly any government agency with even half an excuse, will be watching.

Here is Communications Minister Malcolm Turnbull deftly explaining how to avoid his own government's attempts at surveillance;