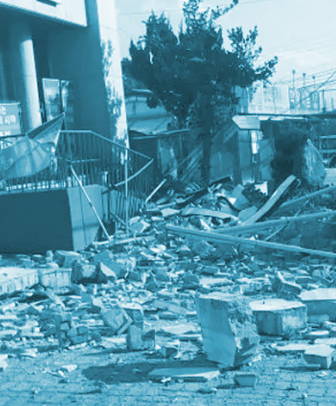 Researchers from the United States, China, Switzerland, and New Zealand have released a paper in Science this week outlining their findings on the link between a 5.5 magnitude earthquake in Pohang, South Korea, and a nearby deep geothermal exploration project.

The findings have implications for managing seismicity associated with energy production worldwide.

Researchers were appointed by the Geological Society of Korea to investigate the earthquake, which occurred in November 2017, injuring 135 residents of the city of Pohang and causing US$75 million in property damage and total economic impact of US$300 million.

The researchers concluded that high-pressure fluid injection triggered the earthquake. The Pohang geothermal project has since been suspended.

“The Pohang geothermal project was intended to demonstrate the feasibility of enhanced geothermal systems in South Korea as the country tries to reduce its dependence on non-renewable energy,” researcher Professor John Townend explains.

“These findings have implications not only for South Korea, but for other parts of the world pursuing similar geothermal projects.

“They also have broader ramifications for managing seismic risks associated with energy production, particularly when production facilities are located close to customers, and thus close to population centres and infrastructure."

Professor Townend noted that the ‘enhanced geothermal system’ (EGS) being developed at Pohang is different from that being used to generate power in the central North Island.

EGS involves actively trying to increase the ability of hot but impermeable rocks to transport fluid, whereas the systems in the central North Island are naturally permeable and have not required strong stimulation.