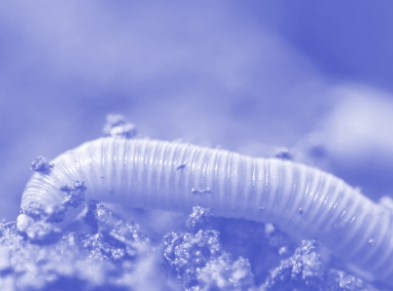 Australian researchers have won the prestigious Ig Nobel in Physics for a bizarre experiment involving a drunk worm and a subwoofer.

The worldwide Ig Nobel awards for improbable research have been running out of Harvard University since 1991 with the aim to; “first make people laugh, and then make them think”.

Dr Ivan Maksymov of Swinburne University of Technology is a researcher and an associate investigator with the Centre for Nanoscale BioPhotonics (CNBP) and his out-of-the-box approach has seen him awarded one of the world’s ten ‘Ig Nobel’ awards to be presented this year.

Dr Maksymov and fellow-collaborator Dr Andrey Pototsky, from the Department of Mathematics at Swinburne, took home the Ig Nobel in Physics.

Their winning experiment involved vibrating a slightly inebriated earthworm on a sub-woofer speaker in a rural Victorian backyard shed.

The study may radically change our understanding of how the brain functions – and how to interact with it.

Their work was inspired by a hypothesis from a Danish scientist that the brain not only functions using nerved-based electric pulses, but also acousto-mechanical (or sound wave) signals.

As Dr Maksymov noted “imploding a bubble in water or another liquid results in shock waves, emission of light and gas temperatures similar to those on the surface of the Sun. Needless to say, I have my private experimental set-up in my shed for such implosions!”

They chose to test this idea using earthworms because “they are cheap, don’t require ethics approval, and their axons are somewhat similar to mammalian nerve fibres,” Dr Maksymov said.

“Plus, one can easily anaesthetise a worm using vodka.”

Physicist Maksymov began his work at the Centre for Nanoscale BioPhotonics as a postdoc, where the idea to use earthworms was suggested.  He then moved to Swinburne as an Australian Research Council Future Fellow and collaborated with mathematician Andrey Pototsky.

Their breakthrough paper is accessible here.