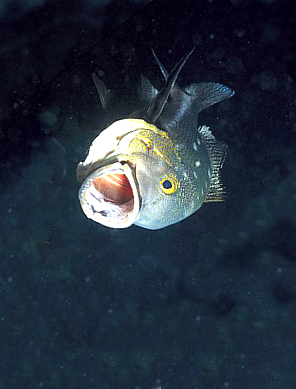 In a new study, they discovered for the first time that such toxicity is also having a disturbing impact on the social behaviour of fish.

Psychoactive pollutants such as antidepressants are increasingly detected in the environment and have long been shown to disrupt the behaviour of non-target species.

“However, few studies have considered how the response of exposed organisms might be mediated by social context,” said lead study author Dr Jake Martin from the Monash University School of Biological Sciences.

“Our research found that the antidepressant pollutant, fluoxetine (commonly marketed as Prozac™), did not alter behaviour of solitary fish but in a group setting, fluoxetine exposure disrupted the frequency of aggressive interactions and food consumption,” he said.

“The results are significant because they suggest that behavioural tests in social isolation may not accurately predict the environmental risk of chemical pollutants for group-living species and highlight the potential for social context to mediate the effects of psychoactive pollutants in exposed wildlife.”

The research team investigated the impacts of two concentrations of fluoxetine on foraging behaviour in fish (Gambusia holbrooki), tested individually or in a group.

They found that the effect of fluoxetine exposure on fish foraging behaviour depended on the social context.

“But in our study we found that fluoxetine affected foraging dynamics in social trials.”

“Fluoxetine exposure disrupted the relationship between the total number of prey consumed and standard deviation in group weight.”

“Our results suggest that social context may be an important, but underappreciated, factor influencing the ecological impacts of chemical pollutants on wildlife,” Dr Martin said.