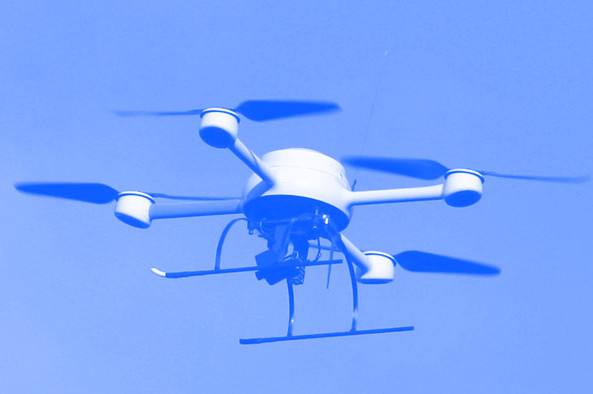 Drones are being used to provide a new perspective into shark behaviour.

With relatively little still known about why and how sharks use shallow environments, researchers say there is promising potential for using unmanned aerial vehicle (UAV) technology to better understand shark behaviour in areas where human interactions occur, such as beaches.

“A slow rise in the number of global shark-human interactions has led to calls for a greater understanding of shark behaviour in areas where these encounters are likely to occur,” Dr Raoult said.

“Currently, researchers rely on acoustic or satellite tags to gather movement data on sharks and other marine vertebrates. These methods are expensive, cause stress to the animals and only capture environmental factors such as depth and temperature.

“UAV technology offers exciting potential to further explore the way marine vertebrates use areas such as lagoons or shallow coastal areas and, in doing so, assist with the management of these animals.”

Researchers manually piloted the drone within the scientific zone to track sharks in real time, analysing the recorded footage in more detail after each event.

Movement and speed were calculated at multiple times per second using the on-board GPS built in to the drone, returning significantly greater accuracy than acoustic tracking.

The findings also challenged previous assumptions about the feeding habits of Epaulette sharks.

“Epaulette sharks are generally thought to not move much during low tides, however, we found they were highly lively during these times and were actively looking for food across relatively wide ranges,” Dr Raoult said.

“Observations of natural feeding events like this are quite rare, which suggests this approach might be a great tool to learn more about natural feeding behaviours as sharks did not appear to be bothered by the drone.

“Assessing this in real time, in combination with other techniques like acoustic tagging and existing geo-referenced habitats, will enable researchers to infer immediate relationships between habitat and behaviour.”

While UAV’s have recently been used for other marine behavioural studies, innovative applications of drone technology for ecological applications are likely to continue to evolve over the coming years.

“Larger data sets are required to confirm these initial findings, but this study demonstrates that UAV-based tracking is a tool that could allow us to understand and predict movement and behaviour patterns on a larger scale and for a wide range of marine species,” Dr Raoult said.

“These understandings could inform strategies to help prevent shark attacks from species typically involved with incidences of human interaction, such as Great Whites and Bull Sharks.”