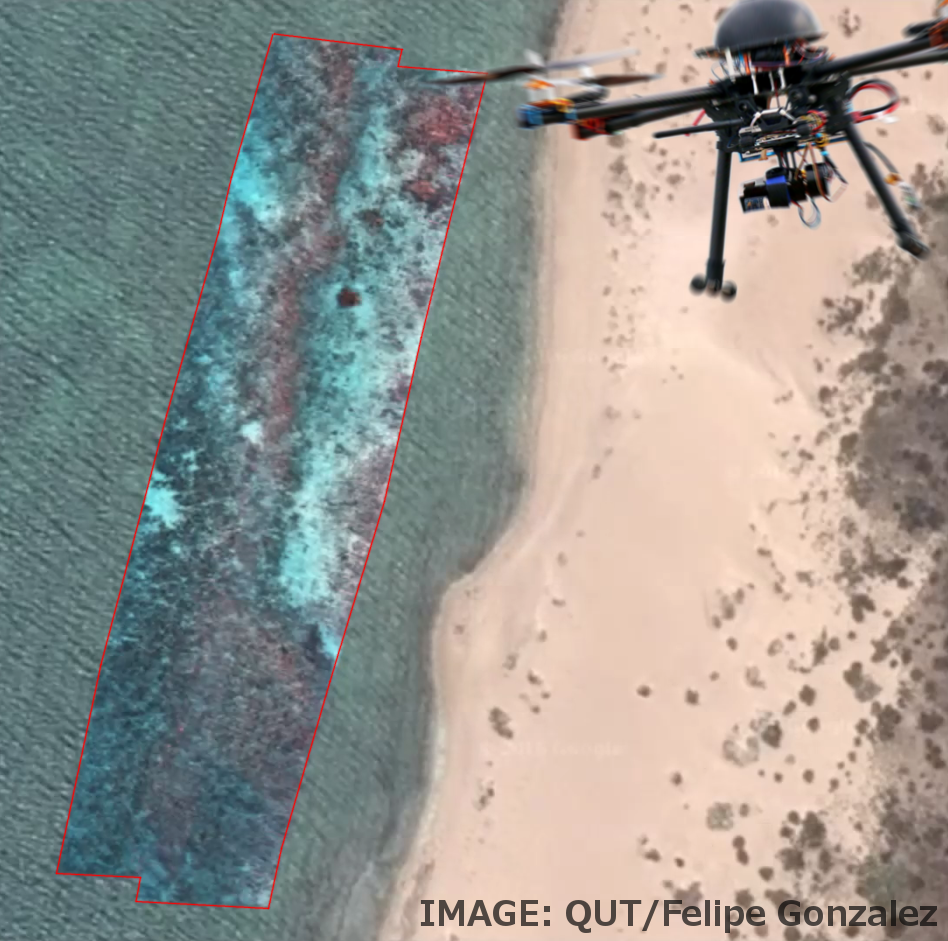 High-tech drones have given a glimpse of the future of environmental monitoring.

Queensland researchers have attached a highly specialised camera once used only on satellites and airplanes to unmanned aerial vehicles (UAV).

QUT remote sensing researchers are using the drones outfitted with miniaturised hyperspectral cameras to monitor the health of Australian landscapes in a new level of detail.

In their latest mission, they became the first in the world to obtain aerial hyperspectral imagery of a coral reef in extraordinary resolution – the pristine Ningaloo Reef at the Ningaloo Coast World Heritage site in Western Australia.

“By comparison, the hyperspectral camera captures 270 bands in the visible and near-infrared portions of the spectrum, providing far more detail than the human eye can see.

“And, as we’re flying it on small UAVs at 30-100 metres over the water, the data collected is of an incredibly high resolution.”

At 290 kilometres, Ningaloo Reef is one of the longest and structurally complex nearshore reefs in the world.

The hyperspectral UAV system surveyed approximately 40ha of Ningaloo Reef in 30 minutes at a flight height of 100 metres.

“The really special thing about the hyperspectral camera is that it takes images across 270 slices of the spectrum. This huge amount of information allows for the classification of coral species, sand and algae based on their unique spectral signatures,” Professor Gonzalez said.

“We’re building artificial intelligence algorithms that can automatically recognise and classify these unique signatures – the hyperspectral equivalent of a police ‘fingerprint database’.”

The team is also working on integrating a hyperspectral camera unit into an underwater housing for marine robots.

“Our data would make for a fascinating comparison between a remote pristine reef in Western Australia and a reef system under pressure from human activities along the Queensland coast,” Professor Gonzalez said.

“There are many advantages to using smaller hyperspectral cameras and a UAV – it’s cost-effective, quick to deploy and flexible – a mission can be scheduled any time in strategic locations where a higher level of detail is required.

“It’s exciting to be at the forefront of a new approach to monitoring and managing the Australian environment.”