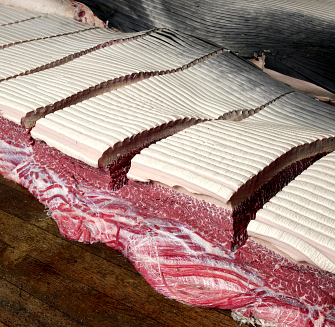 Japan has completed its second whale-hunting campaign since the United Nations trashed its “scientific” excuse.

Despite the world’s top court ordering Tokyo to halt the previous hunt in the Antarctic; Japanese whalers have barely slowed their quest to decimate the largest known mammal.

The nation’s fisheries agency said 90 Sei whales and 25 Bryde's whales had been killed this time round, hitting a pre-hunt target.

The agency is understood to be glad that there was no interference from anti-whaling activists who have previously gone to great lengths to disrupt the hunt on the high-seas.

“The fleet did not face any obstruction during its operation,” an official statement said.

The 115 whales were killed in the second mission since the International Court of Justice (ICJ) ruled that Japan's expeditions to the Southern Ocean were clearly commercial activities, masquerading as research.

Japan had been hunting whales under what it claimed was a loophole in the 1986 global moratorium on whaling. It said that because there was a clause allowing some lethality in research efforts, killing them for science was fine.

But the commercial industry persists, and Japan has makes no secret of the fact the meat is served in restaurants and fish markets.

In fact, in 2005 and 2010, Japanese governments started serving whale meat in schools in an effort to boost its popularity, public tastes moved away from the giant mammal.

Tokyo has promised to redesign its whaling plans to make them more scientific, but there have been no details as to what role science was playing before, or that it would in a re-modelled scheme.