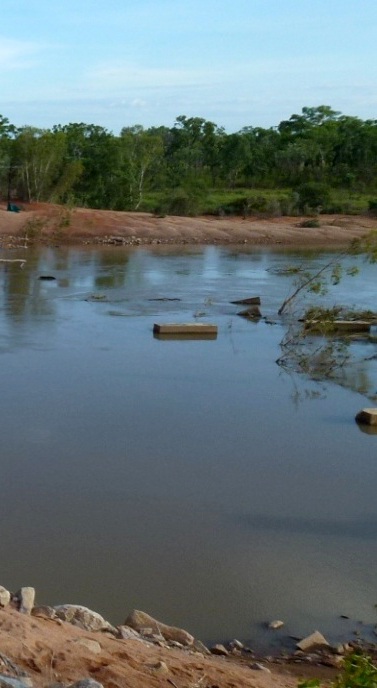 Authorities are testing technology that can detect trace amounts of pest fish DNA in water samples.

Queensland water authority Seqwater is trialling a technique that involves collecting water samples and screening for environmental DNA - or eDNA - to pick up on the traces of DNA that are left behind by living organisms in the water.

The eDNA methods offer a monitoring tool that experts say could revolutionise conservation and ecology research.

“The concept of looking for the DNA present in an environment rather than looking for the organisms themselves provides an exciting opportunity for Seqwater,” says Seqwater’s Harry Gordon.

“The management and protection of biodiversity is linked to our ability to detect and monitor various species.

“However, eDNA has the potential to offer a more cost and time efficient solution that also presents less of an impact on the environment being surveyed.

“The collection and analysis of eDNA data and associated documentation from ecological research can also assist in how Seqwater prioritises a range of operational activities such as habitat restoration and weed management.”

As various organisms interacted with an environment, they expel DNA, which disperses throughout their surroundings.

The eDNA approach works by collecting eDNA from water samples then matching the DNA present against databases. The specific technique used will depend on whether the aim is to identify the presence of a particular target species or to identify all species present.

To validate the new approach, experts have run a small-scale project to determine whether Tilapia pest fish are present upstream of the Hinze Dam.

“Significant effort has been taken to maintain biosecurity defences against an invasion of Tilapia at Hinze Dam, including a decade of fishway operation,” Seqwater Environmental Coordinator Nicolette Osborne says.

“By using eDNA technology, a simple monitoring program was able to provide a robust indication that the lake remained free of the noxious pest.

“These surveys offer exciting, new opportunities to determine the presence or absence of a species, to compliment conventional methods and enable far better insights into species distributions.”

Ms Osborne says eDNA studies are increasing at a rapid pace across the globe, with countries in Europe already using it as a standard feature within the Environmental Impact Assessment process.

“New applications continue to be discovered. As well as fish species, there are also options to screen for birds, mammals, reptiles, amphibians, invertebrates – even human DNA,” she said.