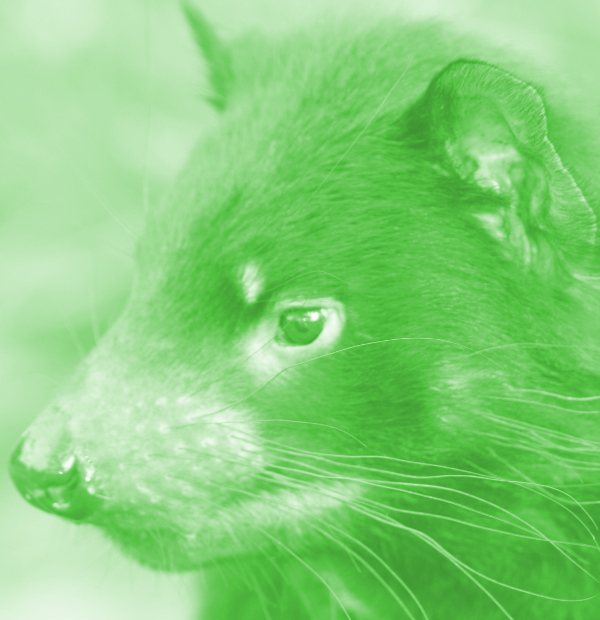 Tasmanian devils appear to be some of the world’s pickiest scavengers.

Tasmanian Devils are the only known scavengers in the world to have picky diets, according to research led by UNSW Sydney.

The researchers say each individual devil has its own personal tastes and preferences, just like humans.

“It’s a scavenger’s job to just be a generalist and take whatever it can find,” says senior author of the study, UNSW Science Professor Tracey Rogers.

“But we’ve found that most Tasmanian devils are actually picky and selective eaters – they’ve broken the laws of scavenging.”

Her recent study analysed the eating habits of 71 devils captured across seven different sites across Tasmania.

The researchers tracked these eating habits by analysing a small whisker sample from each devil – each bristle holds chemical imprints, called stable isotopes, from food they have eaten in the past.

Surprisingly, only around one in 10 devils had a generalist diet – that is, a broad diet made up of whatever food was available and convenient.

The vast majority chose to dine mostly on their favourite foods, whether it be wallabies, possums or rosellas.

And, just like humans, these favourite meals varied from devil to devil.

“We were surprised the devils didn’t want to all eat the same thing,” says Ms Anna Lewis, lead author of the study and PhD candidate at UNSW Science.

“Most of them just decided, ‘No, this is my favourite food.’”

Ms Lewis, who is also a researcher at The Carnivore Conservancy, says the findings change what scientists know about scavengers – and leads them to ask why Australia’s devils are breaking the rules.

“This definitely seems to be a devil-specific habit,” says Ms Lewis.

“There are no other scavengers in the world that we know of who do this.”

The researchers’ current theory is that the devils’ picky eating has something to do with them being on their own in Tasmania.

“Basically, it's because they can,” says Prof Rogers.

“If you're a scavenger in Africa, then you’re competing with all these other predators for food,” she says.

“But in Tasmania, there aren't other predators around or competition for carcasses. Their main competition is just with each other.”

The team found that although fussy devils came in every shape and size, the heaviest devils tended to be the pickiest eaters.

This could mean the size of a devil is a driving factor in its choice of food, or alternatively, that specialising in certain types of food could help a devil gain weight.

Next, the team are planning to take a closer look at why devils make certain choices in their diet – seeking to find out if they select food consciously, opt for foods that other devils are not interested in, or simply choosing foods that are most in abundance.

“Our next step would be to look at why devils are tending towards certain foods, like pademelons and possums, and whether humans have a role to play in this specialisation,” says Prof Rogers.